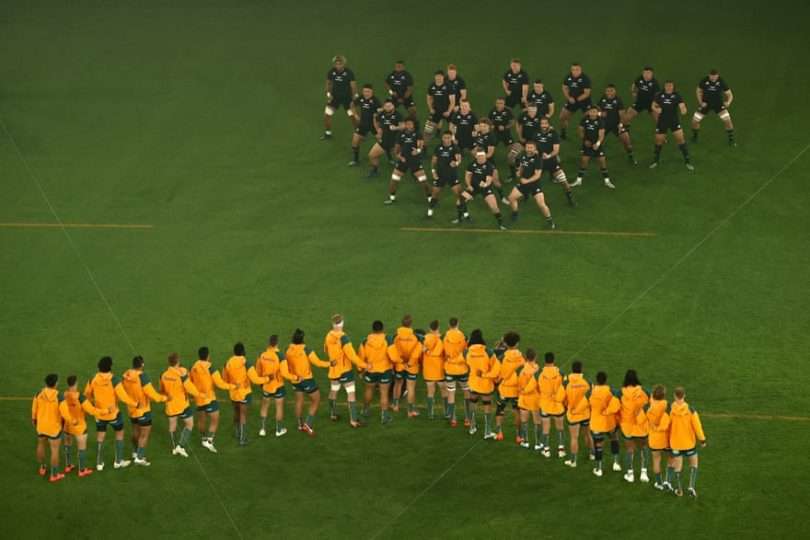 Should the Haka be scrapped from rugby? Let’s ask a different, less inflammatory question. If the New Zealand Haka and equivalents like the Fijian Cibi and the Tonga Sipi Tau provides an unfair advantage to those teams that perform it before kick off, should there be a limit on when and where those teams can do so?

Research conducted this year at the University of Queensland’s School of Human Movement found that players who performed these war dances reached elevated heart rate levels moments before the start of the match. Those squats and lunges are the equivalent of undergoing a warm-up while the opposition stands still, often in the cold. Admittedly we’re talking about marginal gains, but at the elite level that could be the difference between scoring a try in the opening five minutes or not.

“To be honest, even if it did give them a competitive advantage – and I’m not so sure if it does or not – I would hate to see it go,” says Victor Matfield, the former Springbok lock who faced a Pacific Island war dance before 34 of his 127 Tests. “I loved it, especially when we played the All Blacks. If it gave them a boost that was fine because it gave me a boost. A mental boost. I knew I was in for a fight and it would get me going. I’d look across the field and look at my opposite number and accept the challenge. It’s a wonderful thing in our sport.”

A quick caveat: I agree with Matfield. I love the Haka.

I first became aware of it ahead of the 1995 World Cup final when the Springbok Kobus Wiese went nose to nose with Jonah Lomu. “The origins of Haka are from the godly realm,” Luke Crawford, the Māori cultural advisor to New Zealand Rugby, said on the All Blacks Podcast. I believe him. That coming together of giants sent a divine chill through my blood and I feel it still whenever I witness the Haka live. The tingling cry of the leader, the deep rumble of a team in unison, the thunderous knee slaps and the muscular forearms thrust out like spears and shields. It takes the breath away.

“I think any fan will remember the first time they see it with their own eyes,” Matfield adds. “It’s really special. People look forward to it. Yes, it’s the All Blacks and that means you’re about to watch one of the best teams in the world. But the Haka brings something else that makes a match with the All Blacks unique.”

But what if it’s the World Cup final? What if it’s your team that loses by a single point? Would you rather witness your country’s captain lift the Webb Ellis Cup or begin the showpiece with a war dance from your rival? Fans of every nation hold on to decades-long gripes about a forward pass that wasn’t called or a misplaced kick. If a rugby match is simply a collection of flashing moments then surely what comes before the referee blows the opening whistle also counts? If you don’t believe me, ask All Blacks fans about the mythological figure of Suzie the waitress.

“It’s not about the opposition, though, it’s about us,” explains Sean Fitzpatrick, the former New Zealand captain who was part of the first All Blacks side to perform the Haka on home soil at the inaugural World Cup in 1987. “I was never someone who needed motivation to play for that jersey. I don’t think it’s disrespectful if you face up to it or whatever you do. It’s about us, about our families, about our Whakapapa. About who has come before us. We’re laying down a challenge but it’s more than that. People maybe don’t realise how deep it goes.”

Last week, Australia accepted the challenge with a culturally significant one of their own. As the All Blacks performed the haka, James Slipper’s team gathered in a boomerang formation. The Wallaby captain said that his players were honouring Australia’s Indigenous community, but not everyone was on board.

“Rieko Ioane had a lot to say to our boys after the final try, mouthing off at Folau Fainga’a around disrespecting the haka,” Australia’s New Zealand-born coach, Dave Rennie, said. “We don’t have the luxury of having a haka so our response is [to get] in the boomerang shape and to move forward. They’ve thrown down a challenge and we’re accepting it.

“Is the expectation that we just stand there, they throw a challenge at us and we do nothing? Just take it? We won’t be stopping that.”

Any talk of reform must take into account the cultural significance and sensitivity surrounding this pre-match ritual. As Crawford said: “It would be so hard now to uncouple haka from rugby, it’s just everywhere.” That does not prevent us from asking questions that challenge the status quo.

Perhaps a solution would be to restrict the All Blacks and others to performing the Haka exclusively at home. If they do indeed enjoy a slight edge as a result, why should they be allowed to do so at Twickenham, Ellis Park or Suncorp? Is it fair that the All Blacks, as if by right, get to have the final say before the flyhalf kicks off? Maybe they could instead perform the Haka before the national anthems when travelling?

Matfield palms off the questions with disdain. “You’ll have to go round and ask South African rugby fans what they feel about the Haka and if they want to see it go,” he says. “My guess is that they wouldn’t. And why would they? It’s genuinely one of the great things about our game. Why would anyone want to take it away?”