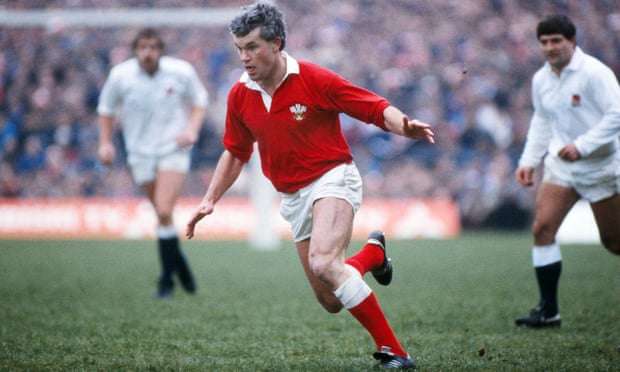 On the face of it, Eddie Butler and Pontypool did not make a natural fit. Educated privately at Monmouth school and with an accent that was more home counties than Torfaen valley, the Cambridge University student could have been expected to graduate to establishment clubs such as Newport and Cardiff rather than one that played on a public park and were regarded by many in the Welsh media as neanderthal in their approach to the game.

But how it worked. Butler spent his 14-year playing career from 1976 with Pontypool, mucking in at a club he described as a commune. They were run then by Ray Prosser, a coach whose gameplan was forged when he toured New Zealand with the British & Irish Lions in 1959. His mantra was man-handlers not ball-handlers and he had no favourites. Even the renowned Pontypool front row of Graham Price, Bobby Windsor and Tony Faulkner knew they would face his wrath if they stepped out of line.

Butler told the story of how, before his Cambridge University side played at Pontypool, Prosser had told his players to keep their fists to themselves and not take the law into their own hands no matter how much they felt the need to: his new recruit’s family were watching and he did not want them to leave with a negative image that could tempt their son to look elsewhere.

Pooler, in Butler’s words, were “red of claw, quite violent really”. They were not renowned for turning the other cheek but, with the players heeding Prosser’s orders, they did nothing as Cambridge killed the ball, flopped over on the wrong side and lurked offside, growing ever more daring as the expected retribution failed to materialise.

There were only a few minutes to go when, after another blatant misdemeanour, Faulkner’s instinct kicked in and he flattened the miscreant. The prop was the most experienced player in the side but, as he grasped the implications of what he had done, he turned to the sidelines and defended himself: “I’m sorry, Pross, but he had to have it.”

Butler stayed and was to join Pontypool’s legion of Wales forwards. The club may not have been part of Welsh rugby’s establishment but, unlike another successful 1980s side, Neath, they venerated tradition. Prosser’s favourite away match was Cardiff, savouring the relative grandeur of the Arms Park. Butler was never an outsider and captained the club from 1982.

Every player was given a nickname at Pontypool and not many ended in o. Butler was called Bamber, after the then University Challenge quizmaster Bamber Gascoigne. He packed in the scrum at No 8 behind Kevin Moseley, who answered to Boris, resembling in height and gait Frankenstein’s monster, who was most famously played by Boris Karloff. And another second-row was known as Rizla because, it was felt, when he jumped for the ball in a lineout, all that you could place between his feet and the ground was a cigarette paper.

Butler won the first of his 16 Wales caps in 1980. He went on to captain his country and was a replacement for the 1983 Lions in New Zealand, but he did not find the contentment he enjoyed at club level. He became one of a number of players, his Pontypool colleague Graham Price and the fly-half Gareth Davies were others, who retired from international rugby while continuing to play for their clubs in frustration at a selection policy that often felt incoherent.

Wales had been the dominant force in Europe in the 1970s but the retirement of a number of leading players at the same time, Gareth Edwards, Gerald Davies and Phil Bennett among them, meant there was a rebuild. Expectations remained high and as unaccustomed defeats followed each other, including one to Romania in 1983 when Butler was captain, perspective took a ride.

The media, whose praise for Pontypool rarely rose above the grudging, turned on Butler. One article called for a captain in the mould of France’s Jean-Pierre Rives, who often finished a match with blood on his face and jersey. The implication was that Butler was not the warrior Wales needed. He was replaced by one, Mike Watkins, but the hooker stood down after just four games.

The last was against Australia in Cardiff in 1984, a 28-9 defeat. It was also the day Butler decided he had had enough. Talking to him years later, he said he struggled to understand the gratuitous abuse that was hurled at the players. It was something he felt at the end of his career with the Observer, when columns online were followed by a comments section that sometimes included personal attacks.

Eddie liked to paint his own picture rather than see the game through the eyes of others. He was not one for the after-match media conference and its parroting of cliches. On tour, he preferred working for a Sunday newspaper rather than a daily because it gave him the chance to explore a country rather than go through the daily grind of training sessions and quotes.

He was a lyricist. His columns seemed effortless, but they were carefully sculpted and looked for the best in players rather than the worst. As he said: “You can take rugby seriously, but you must not take yourself too seriously.”