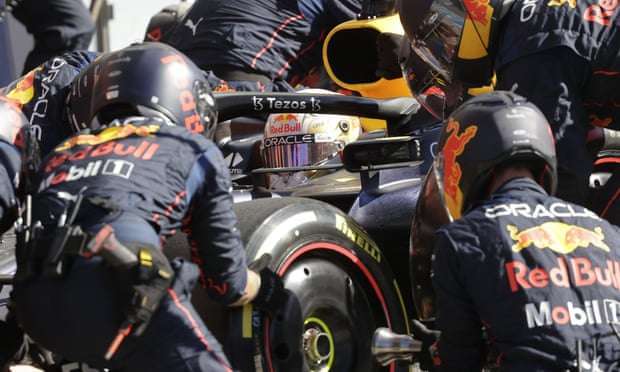 “It’s not going to spoil my day,” was Max Verstappen’s deadpan response when asked about the booing he received on the podium after victory at last weekend’s Italian Grand Prix. The Dutchman even wore a wry smile as he shrugged it off. As well he might, the rumble of discontent from Monza’s tifosi an insignificant background to the resounding success that has all but secured his second Formula One world championship.

After a nail-biting conclusion to last season, when his contest with Lewis Hamilton went to the wire of that controversial decider in Abu Dhabi, this year could not stand in greater contrast. Verstappen has imposed himself on the championship, winning 11 races from 16 meetings. He leads Ferrari’s Charles Leclerc by 116 points and his Red Bull teammate Sergio Pérez by 125. There are six races left but he can wrap up the title at the next round in Singapore or, failing that, the one after in Japan.

This has been a remarkable run for the 24-year-old after last season confirming all the promise he had shown as a teenager when he joined F1 as its youngest driver at 17 in 2015. Yet last season’s finale, when he clinched his first title, remains contentious, particularly for Hamilton.

The decision of the then race director, Michal Masi, to improvise around rules under a late safety car cost Hamilton the win and the world title. The seven-time champion said in Italy he still felt the pain, especially when the FIA studiously employed its rules correctly under a similar late safety car as Verstappen won at Monza.

This season, however, there have been no questions about Verstappen’s defence of his title. Nor, despite what the results would suggest, has it been a pushover.

In March at the season-opener in Bahrain, while Mercedes scratched their heads as to why their car was so far off the pace, Ferrari appeared to hold all the cards. They had been fearsomely quick in testing and Leclerc exploited it, winning two of the opening three races while Verstappen suffered two DNFs. After the third round in Australia, Leclerc’s lead over Verstappen, who was in sixth place in the drivers’ standings, was 46 points.

Yet the Dutchman remained calm, as did his team, and with the technical issues that had hampered their opening rounds solved, set about an extraordinary comeback. One, it must be stressed, which was very much a team effort. Verstappen became the tip of a well-honed spear wielded with skill, just as Ferrari began flailing across the battlefield with all the finesse of an armoured elephant.

Red Bull followed with six wins, five for Verstappen and one, a tactical masterclass victory for Pérez at Monaco that not only denied Leclerc a win but ensured Verstappen finished in front of him. The cars at this point remained pretty evenly matched but Ferrari suffered mechanical problems and made tactical and driver errors.

In contrast on the pitwall, in their garage and factory, Red Bull’s performance has been almost flawless. The strategists Hannah Schmitz and Will Courtenay have been masterful in making the right calls. With Schmitz on the wall in Hungary a late call to change to soft tyres proved vital in Verstappen coming from 10th to victory.

The almost bulletproof Red Bull has left Ferrari behind. By the second half of the season the RB18 was demonstrating ominous pace at every type of circuit. Since Leclerc’s last win in Austria, a ruthless Verstappen has not so much given him a sniff of victory. The hotheaded Verstappen of old, impetuous and over-aggressive, where belief and will to win surpassed better judgment, has been dispensed with.

After Hungary, in Belgium he came back from 14th on the grid to win. In Italy, from seventh to take the flag. He did so with imperious calm and even a degree of nonchalance. Yes, his car was the quickest, but he still had to keep it on the track, make the passes and not ruin his tyres. His and the Red Bull’s ability to maintain pace and not eat through the rubber has been identified by the Ferrari principal, Mattia Binotto, as a crucial advantage.

In every case the opposition were all but powerless. Five wins on the trot yet only one from pole position suggest that with five races remaining Michael Schumacher and Sebastian Vettel’s shared record of 13 wins in a season is there for the taking. In Singapore in two weeks’ time, he will be crowned world champion if he wins and takes the fastest lap and Leclerc finishes no higher than eighth and Pérez does not make the podium. Whether at Marina Bay or Suzuka, it is a matter of when, not if.

“Given his youth and ability to improve, the best is yet to come,” the Red Bull principal, Christian Horner, told the Observer before the season began. Yet it is doubtful even he expected that would manifest itself quite so spectacularly this season.

F1 would be all the better if Verstappen had had to face down a real challenge but he will be a deserved champion, and one who is rightly not going to let anyone put him off enjoying not only a day but a season in the sun.