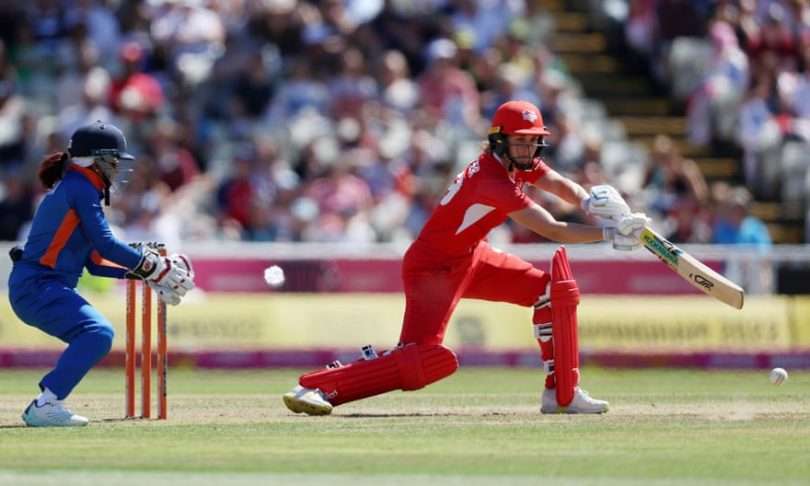 It’s fine to be sad. It’s fine to cry, even if it seems a little silly because, after all, it’s not like you knew her personally. It’s fine to feel bereft, disorientated, to sense the floor subsiding just a little.

Equally, it’s fine to feel nothing at all, perhaps even wonder what all the fuss is about. Though she meant different things to all of us, her loss will touch us all. And with any luck, she’ll be back for the tour of West Indies in December.

Thursday morning dawned just like any other. Of course there had been vague rumblings throughout the summer that something wasn’t quite right: public engagements scaled back, responsibilities delegated, the captaincy of the Trent Rockets passed on. Perhaps we should have recognised the red flags sooner. And yet when the news broke shortly before 7pm there was still that palpable sense of shock and bewilderment. One moment she was there. The next she was gone.

The precise circumstances of Nat Sciver’s sudden decision to take a break from cricket before this month’s India white-ball series will and should remain private. And yet it feels an appropriate moment to discuss and reflect on the legacy of this extraordinary woman who achieved so much, who came from a privileged upbringing but still had to brave many tempests during the course of her journey, who offer us nothing but hard work and a sense of duty, and yet who over time came to be seen not just as a versatile middle-order batter and handy purveyor of cutters and cross-seamers, but as a friend.

Sciver is just 30 years old but has already played enough cricket to last a lifetime. And if she walked away from the sport tomorrow her body of work would still stand the test of time: World Cup and Ashes wins, one of the great World Cup final innings and one of the great women’s Test match innings in the space of three months this year. Just last week she needed 22 off the last four balls in the Hundred eliminator, hit three consecutive sixes and a single, and left the field looking genuinely disgusted with herself.

And perhaps from a distance there has always been this surreal, faintly deific quality to Sciver’s cricket: a player who pulled off so many astonishing feats that they ceased to feel astonishing, a relentless genius that often obscured the fallible, feeling human underneath. Unlike many of her contemporaries, Sciver never really felt the need to be diffident or bashful about her talent, never shied away from how good she is or could be.

There are parallels with that other naturally-gifted English all-rounder, Ben Stokes: an uprooted childhood, a player who glided rather than clambered into the wind tunnel of international cricket, a player who could do it all, right up until the moment he couldn’t. Probably, as with Stokes, all Sciver needs is a break and a breath, a chance to bury herself in the mundanities of life, to cook her own meals rather than order them from a laminated room-service menu.

In her absence, we probably need to talk about the institution as a whole. A summer schedule comprising 17 games in two months, in four different formats, some as a replacement captain for Heather Knight. A winter comprising back-to-back Ashes and World Cup engagements, all under strict Covid protocols. As her former teammate Lydia Greenway points out, it’s not so much the cricket that saps you as the mental labour around it: the logistics of being away from home, switching from format to format, rulebook to rulebook, team to team, kit to kit, city to city, competition to competition.

“I’m proud that we put the person first,” the England coach, Lisa Keightley, said prior to the India series. Does this remotely strike you as a calendar devised with human wellbeing in mind? For anyone who has been following the men’s side for any period of time, none of this will be unfamiliar. But while men’s cricket has belatedly recognised the principle of rest and rotation, and pays its top players well enough to make those decisions easier, the rapid growth of women’s cricket has created a stratum of brilliant all-format players encouraged simply to work until they drop, and to feel eternally grateful for the opportunity to do so.

Meg Lanning stepped away after leading Australia to the Commonwealth Games gold medal last month and has given no timeline for her return. Anya Shrubsole retired from international cricket in April claiming the game was “moving forward faster than I can keep up with”. Lizelle Lee did likewise in July after failing to meet Cricket South Africa’s exacting skinfold and weight requirements. All are just 30 years of age. We are told simply to wish them well, and we do. But at the same time it is worth asking whether the sport itself could have done better by them.

And so, one Thursday morning in Durham, Sciver realised she couldn’t continue any longer. Her departure removes another of the last bridges between the old and new eras of women’s cricket, to an age before central contracts and packed crowds, when the institution itself was at stake.

Knight, Sciver, Brunt, Beaumont, Shrubsole: these are the rocks upon which we built our church, upon which an entire generation built and measured their lives. We know there is a line of succession in place. We know the edifice itself will always endure. But it doesn’t make the passing any less strange.