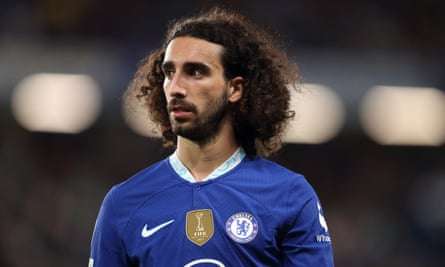 1) More at stake than usual in derby

North London bragging rights are on the line this Saturday and so is the ever-delicate question of the power balance between Arsenal and Spurs. Two very different sides look evenly matched to the naked eye and both will know the added significance of a win at the Emirates. Arsenal’s only slip-up this season was the slightly harsh defeat in their toughest assignment, at Old Trafford; when Spurs faced their most exacting test, away at Chelsea, they were very fortunate to draw in stormy circumstances. So both Mikel Arteta and Antonio Conte could do with taking a big early scalp if early pretensions to a title chase, or at least the second-place spot that could well be up for grabs, are to become a little more convincing. They will be keenly aware that there is no better occasion on which to stake the claim. Nick Ames

Erling Haaland is presumably looking forward to his first Manchester derby but, after seeing the Norwegian score 14 goals in 10 games for City this season, United’s defence will surely view the 22-year-old with considerable trepidation. Eleven of Haaland’s goals have arrived in seven Premier League matches and, after registering two hat-tricks in his most recent fixtures at the Etihad, he now hopes Erik ten Hag’s backline will allow him to become the first player to score three consecutive home Premier League hat-tricks. Raphaël Varane and Lisandro Martínez certainly seem set to have their work cut out in United’s central defence while Harry Maguire may not be completely heartbroken to miss out on a place on the bench after sustaining a muscle injury with England. Louise Taylor

Aftter two postponements and the international break, Chelsea travel to Selhurst Park for their first Premier League in almost a month and their maiden top-flight excursion under Graham Potter. In his sole match in charge thus far, a home draw against RB Salzburg in the Champions League, Thomas Tuchel’s successor came in for criticism in certain media quarters for selecting Raheem Sterling in a left wing-back role – barbs that seemed unfair as the England international played in an advanced role. Always tactically adaptable, Potter is expected to play a back five against Palace, with Ben Chilwell occupying the flank opposite Reece James and Marc Cucurella playing on the left side of a back three. Alternatively, Potter could opt to move the Spaniard he knows from his time at Brighton into a more attacking left wing-back role, leaving room for Kalidou Koulibaly or Wesley Fofana to come in. Barry Glendenning

The Queen was alive, Boris Johnson was prime minister and the UK economy hadn’t been trashed by its own government the last time these two teams played in the Premier League. And they say a week is a long time in football. An eternity on, Graham Potter is no longer in charge of Brighton’s rise to fourth in the table and so the Roberto De Zerbi era finally launches at Anfield. The Italian left Shakhtar Donetsk in July as a consequence of Russia’s invasion of Ukraine with his team top of the league when the season was abandoned. He finds himself in an unusual position for a new Premier League manager – walking into a stable environment and inheriting a confident side in no need of urgent repair. De Zerbi wants Brighton “to play brave football” and it will be required against Liverpool who, despite a mediocre start, have won their last three home games in all competitions. Andy Hunter

5) Palhinha may be sorely missed by Fulham

There is an argument that the smartest piece of business in the summer was Fulham buying João Palhinha from Sporting Lisbon. It is difficult to imagine that Marco Silva’s side would have made such a fast start after winning the Championship without Palhinha quickly adapting to the pace of English football, impressing with his ability to win the ball back in midfield and efficient passing. The Portugal international has been key to Fulham defying expectations in rising to sixth, providing them with the defensive balance lacked during previous post-promotion campaigns. He has even chipped in with two crucial goals. If there is a criticism of the 27-year-old it is that his tackling has occasionally been too aggressive; five yellow cards in seven games is not a good look. He is suspended for Newcastle. Can they cope without him? Jacob Steinberg

At home to Everton after back-to-back away defeats at Wolves and Aston Villa, Southampton must avoid letting their season drift away, not least because next weekend’s outing is a trip to Manchester City. Unable to find the net in three of their past four games, Southampton will hope Che Adams can rediscover his mojo. His five-match barren spell followed scoring four in his first three games of the season. Hosting an Everton side that has not scored more than once in any match this season, this is a fixture likely to be settled by very fine margins. Still without a clean sheet to their name in the Premier League this season, a repeat of the occasionally astonishing profligacy Southampton showed in front of goal in recent games against Manchester United, Wolves and Villa could cost them dearly. BG

7) Time for Paquetá to shine for Hammers

West Ham remain short of attacking inspiration before their vital home game against Wolves and while Lucas Paquetá has offered flashes of class, particularly during his Europa Conference League appearances, the Brazilian is yet to make the difference domestically. That is not down to a lack of effort – Paquetá is a hard worker out of possession – but he has not quite adjusted to the speed of the Premier League. The former Lyon midfielder was guilty of dwelling on the ball during West Ham’s 1-0 defeat at Everton and, even if the 25-year-old would find it easier to play killer passes with more movement in front of him, he must realise he is unlikely to be afforded the kind of space enjoyed in Ligue 1. West Ham, who are 18th, two points below Wolves, need more from their record signing. JS

8) Fireworks due at Elland Road as Villa come to town

Stuart Attwell will presumably be hoping history does not repeat itself when Leeds host Aston Villa on Sunday afternoon. Attwell has never forgotten the last time he refereed this fixture at Elland Road in April 2019 when Dean Smith’s then Villa side faced Marcelo Bielsa’s then Leeds team on the penultimate day of the Championship season. Both were assured play off places but the match contained a real edge which boiled over in the 72nd minute. When Villa’s Jonathan Kodjia went down injured Smith’s players came to a halt, expecting their opponents to put the ball out of play. Instead Mateusz Klich collected Tyler Roberts’s ball and curled a shot beyond Jed Steer’s reach. With Klich confronted by furious Villa players a melee ensured and Attwell red carded Villa’s Anwar El Ghazi only for that decision to be retrospectively overturned. Albert Adomah was duly allowed to score a virtually unopposed 77th equaliser but since then both teams have played four Premier League games, collecting a total of 23 yellow and one red card, while John McGinn’s reckless challenge on Archie Gray saw the Leeds teenager stretchered off during a pre-season game in Australia. Maybe Attwell should don a tin helmet? LT

Despite having been in existence since 1889 and 1899 respectively, Brentford and Bournemouth will meet in the top flight for the first time at the Vitality Stadium. Just a point separates the two sides but Bournemouth’s future remains clouded in uncertainty, with a £150m takeover by the Las Vegas businessman Bill Foley apparently near completion while Gary O’Neil enjoys a successful spell as interim manager after the dismissal of Scott Parker. Nominated for the August manager of the month award after taking five points from three games, O’Neil seems certain to remain in charge until Foley takes the reins from the current owner, Maxim Demin, and has a kind run of fixtures in which to further stake his claim for the job full time. A home win against Brentford would do his chances no harm, amid reports that he has already impressed Bournemouth’s players and their prospective new owner. BG

It’s not looking great in the east Midlands where Nottingham Forest, second-bottom with four points, visit Leicester, bottom with one point. And what should concern both clubs is that directly above them are West Ham and Wolves, neither likely to be so lowly for long, while Bournemouth and Fulham, the two sides promoted with Forest, are 12th and sixth with eight and 11 points respectively. Which is to say that it’s not easy to predict who’ll be relegated this season – and that means work to do for Brendan Rodgers and Steve Cooper. Leicester are missing Kasper Schmeichel badly and not just as a keeper – but fripperies like leadership hardly register when his replacement simply can’t stop the round thing from going in the oblong thing. Rodgers must, therefore, bring in Daniel Iversen to replace Danny Ward, while Cooper, who signed 21 players this summer, needs to stop fiddling, settle on a team and let it gel. Otherwise, a long hard season for both – in the post anyway – is guaranteed. Daniel Harris