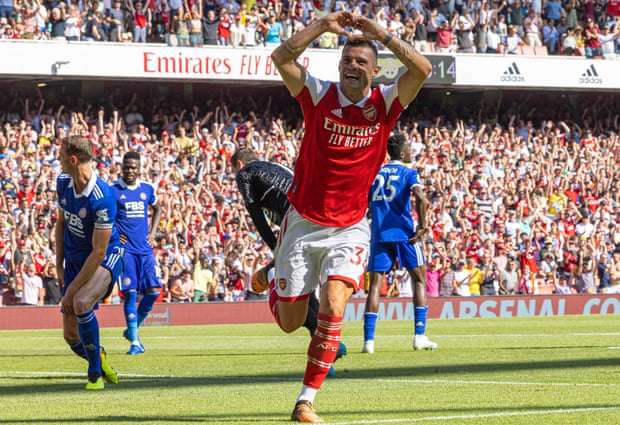 Before every game the ritual for any fan, pundit, player or coach is to look at the lineups and formations. The debates of how a tactical battle between one team playing 4-4-2 and the other operating with 3-5-2, for example, will be discussed, but in the modern era things are a lot more complex and players do not function in a rigid system. Instead, they have individual roles within a carefully designed blueprint.

All systems are hybrids and dynamic nowadays and defining them in terms of traditional formations is too simplistic. How a team lines up for kick-off does not reflect what is going to happen for the next 90 minutes. Top-level football is becoming like the NFL, where coaches have specific plans for different phases of play. Players will know where they need to be when their team are in possession in order to get the ball to the most effective players at the business end of the pitch.

The best example I have seen of fluidity within gameplay recently was Chelsea v Tottenham. I really liked what Chelsea were doing when in a back five: Reece James was on the right of three centre-backs and Ruben Loftus-Cheek was at right wing-back. Within James’s remit was to go tight to Son Heung-min and if the South Korean went into midfield James went with him and others would cover the space he vacated.

Sometimes James was part of a back three with Loftus-Cheek at right wing-back, at times those roles were reversed and on other occasions James was a central midfielder or right-back. He and Loftus-Cheek had three or four roles within one job. These are the multifaceted aspects of modern football.

Chelsea Women under Emma Hayes operate with the same philosophy. Last Sunday, against Liverpool, they were fluid in how they moved and rotated. Central midfielders ended up on the left, strikers at left-back. There was so much rotation, maybe a little too much. It was possibly a case of experimenting to see how they could use different plans throughout the season. It was their first game and they were trying to get used to the fluidity levels required.

Teams often defend with four or five and attack with five or six. We have seen it a lot under Pep Guardiola at Manchester City. He used to have one full-back who would come into central midfield and now we pretty much see two; those two are part of his four in defence and then six attack.

Players such as Kevin De Bruyne can not be pigeonholed as being one position. He drifts to where he can make the most impact. Trying to define his role is impossible. He just knows where he should be to make the most of the incredible qualities he has, whether that is out wide or through the middle, and a hybrid attacking system allows him to move into the right positions at the best time.

These are complex football theories and it takes great coaching to get players to understand what is demanded from them. The best coaches can simplify matters to allow information to be taken on board. If you have watched the recent Arsenal documentary you will know how Mikel Arteta breaks things down with his drawings and clear explanations.

Granit Xhaka has played significantly higher up the pitch for Arsenal this season, pushing on because someone behind him has done likewise. People think of Xhaka as a defensively minded midfielder but he is now moving into the right positions in more attacking areas.

If you look at his heatmap, he is a lot higher up overall because Arsenal start in a back four but when they are in possession they move to a three and Oleksandr Zinchenko or Ben White move into midfield, allowing Xhaka to progress up the pitch. Occasionally both full-backs move up, with Thomas Partey dropping back to cover as a third centre-back.

Players need to be mentally robust and tactically astute to cope with the demands placed upon them and their understanding is really important.

One reason behind these targeted changes in tactics is the increased – and vital – use of statistics. There is an incredible amount of information available to coaches, supported by teams of analysts who can help to make the most of it. With improved fitness, tactics and data coaches can do different things. For them it is a case making the most of stats and heatmaps to formulate plans.

Managers pinpoint where a weakness is in the opposition and create an individual role for a spare player to exploit it. For example, if there is a fragility on the right side of an opponent, having an extra player with a specific role in that area could be critical.

The weird thing is that a lot of former footballers miss the feedback; that’s how ingrained statistics are in sport. Everything for us is driven by stats: how fast you sprint, how many passes you make, pass completion rate, fouls conceded, shots, saves. When you do not have it in normal life, you miss it.

Football is a dynamic environment, adapting and changing for the better. Tactics are not limited to rigid formations. The best industries use research to improve and football is doing that by using stats to make the most of your strengths and others’ weaknesses.