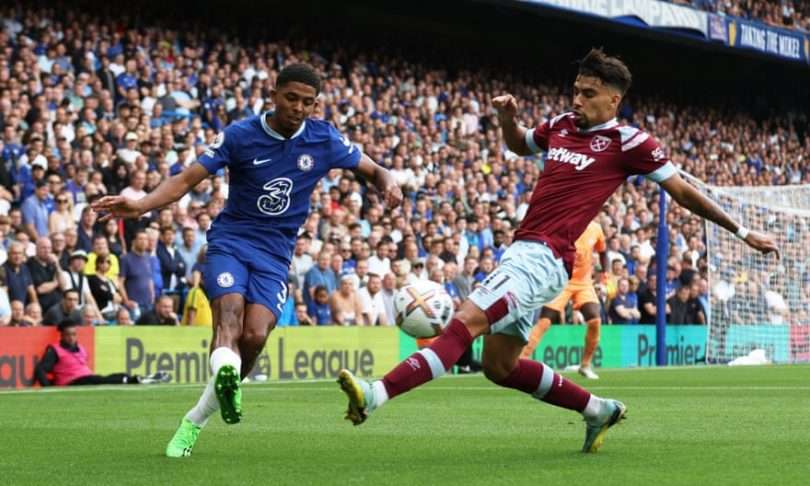 Bob Dylan once had a piece of advice for aspiring artists: write 10 songs a day, and then discard nine. In a way this also appears to be Todd Boehly’s approach to improving English football. He is just putting stuff out there, you see. Running ideas up the flagpole and seeing if anyone salutes them. Throwing them out on the stoop and seeing if the cat licks them up. Not necessarily good ideas. Or practical ideas. Or popular ideas. Or ideas that really bear the weight of a moment’s logical thought. But ideas nonetheless.

As such it is not necessary at this stage actually to engage what the Chelsea owner said on stage at Bros, Brews and Brunch business conference in Jerky Falls, Connecticut last week. Spoiler: none of this is actually going to happen. To soberly assess the merits of a north/south all-star game, or relegation playoffs, would be to lend these ideas more consideration and seriousness than Boehly has probably lent them himself. More interesting is the shrillness and scorn of the subsequent discourse: why the throwaway comments of a man named Todd seem to have created such a bruise on the psyche of English football.

In large part this appears to boil down to Boehly being American but more specifically, a very particular kind of American. Boehly is by no means the first American guy trying to make his fortune in English football or to dream of changing it. But he is perhaps the first to be overtly, unashamedly, vocally … American about it. In so doing he is tugging at a largely unresolved tension in our game: between the culture and outlook of the game itself and that of the people who through ownership and viewership exert a greater influence on it than probably any other foreign nation.

Most of Boehly’s predecessors, of course, neatly sidestepped this tension with distance and deference. A strategic and affected deference, perhaps, but deference all the same. Randy Lerner at Aston Villa made a point of downplaying his Americanness, immersed himself in the traditions and history of the club and rebuilt the decaying Holte pub across the road from Villa Park. John Henry at Liverpool has strived to depict himself as a benevolent custodian rather than a career profiteer. Stan Kroenke and the Glazers, in common with many other foreign owners, have made a point of saying and doing as little as possible. There is an unspoken, often duplicitous compact here: hey, this is your thing, and we don’t want to change it.

And so for almost two decades, this has been the palpable extent of the American influx: a procession of wrinkly guys in baseball caps only ever glimpsed through the searching long lens of a Sky camera. On the pitch it was a similar story: insofar as Americans were tolerated it was as stalwart goalkeepers, burly defenders, technically limited strikers with large brows. In essence English football was basically fine with Americans as long as they silently wrote cheques or stayed in goal.

Tonally Boehly is different. Boehly is neither distant nor deferent. If the Glazers are largely content to milk English football, Boehly wants to fatten it, clone it, put it on a diet of alfalfa and steroids and create the world’s most decadent bionic steaks. Let’s do all-star games and cheerleaders and the metaverse and a super league that we are not going to call a super league just yet. Let’s buy Cristiano Ronaldo. Let’s sack the weird gawky German guy. Let’s install a bowling alley in Buckingham Palace.

This, perhaps, explains the acid reflux that has greeted Boehly’s ideas: not simply the ideas in themselves, but what it means to utter them, the discourtesy of saying the quiet part out loud. In many ways he strikes at English football’s primal fear, what one might even call its central delusion: that even as it sold off pieces of itself, flung out its sails and embraced the trade winds of global finance, danced and contorted itself for the market, it could retain its basic essence. That for all its foreign stars and foreign money the Premier League could somehow remain fundamentally, authentically English.

And so whenever an overtly American influence reared its head – the rise of analytics, ageing players moving to MLS, Bob Bradley – it was invariably met with a mixture of defensiveness and derision. We saw it again last week, with Jürgen Klopp quipping about the “Harlem Globetrotters” and Gary Neville claiming that US investment was “a clear and present danger” to the game. We saw it in the ridicule that accompanied Jesse Marsch when he was appointed at Leeds United, in Adrian Chiles’s deliciously over-the-top monologue as he introduced ITV’s coverage of England v USA at the 2010 World Cup. “We really love Americans,” he quipped. “We just couldn’t eat a whole one.”

And so, as a thought exercise, what might an Americanised Premier League look like in practice? Perhaps you might start seeing loud music after goals, big furry mascots, steadily rising ticket prices, an explosion in corporate hospitality and a relentless focus on the customer experience, a competitive model that increasingly resembles a closed shop.

You might start seeing Hollywood actors buying up a local club and turning it into streaming content, an American Premier League coach in charge of American players, being analysed on Monday Night Football by an American-owned broadcaster. You can celebrate these developments or lament them. But either way you would be casting judgment on something that has already happened.