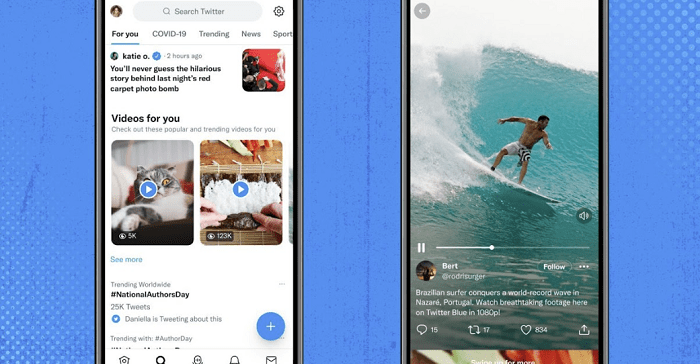 It’s not going ‘full TikTok’, but Twitter is looking to lean into emerging video consumption trends, with two new updates designed to improve the Twitter video experience – and ideally, get people spending more time in the app.

First off, Twitter’s adding a new option that will expand tweeted videos to full-screen mode with a single click. 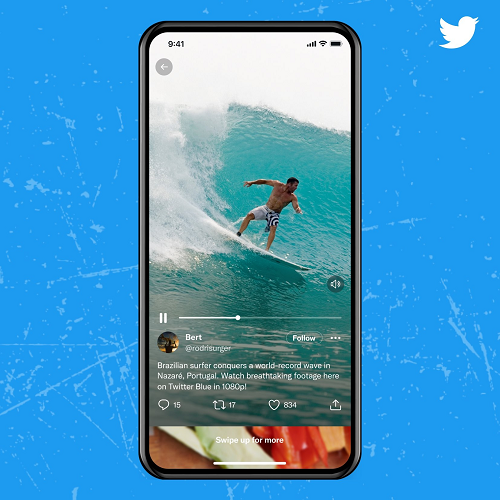 And that’s not all:

“Once the video has been launched in full screen mode, we’ve made video discovery easier as well. Just scroll up to start browsing more engaging video content. If you want to exit the viewer and go back to the original Tweet, click the back arrow in the top left corner.”

Seems familiar, right? So now, you’ll be able to discover more video content, specifically, in the app by entering a vertical scrolling feed of clips, which will be sorted by Twitter’s algorithms, enabling it to showcase more of the best-performing videos in the app.

In addition to this, Twitter’s also looking to put more emphasis on video content in Explore, with a new ‘For you’ video carousel display. 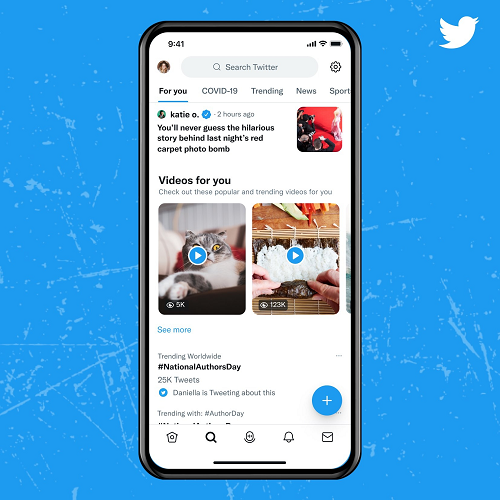 “With our new video carousel, you can now easily find more videos you like alongside Tweets and Trends that might interest you. Just open the Explore tab to discover some of the most popular videos being shared on Twitter.”

Note the description: ‘popular and trending’ videos. That, again, will enable Twitter to lean into the AI-recommended content approach of TikTok, which is how it keeps people in its app for hours on end.

Given the rise of short-form, full-screen video, it makes sense for social platforms to consider how they can align with evolving consumption trends, and adapt them for their own means.

Twitter, as noted, may not have gone full TikTok like Meta, but it has been seeking ways to tap into the same for some time.

It began testing a full-screen video reply option earlier this year, which iterates on the features that it had originally sought to maximize in its failed Fleets Stories clone, while some users have also been given access to an updated layout for Explore, which enables them to vertically scroll through full-screen tweets. 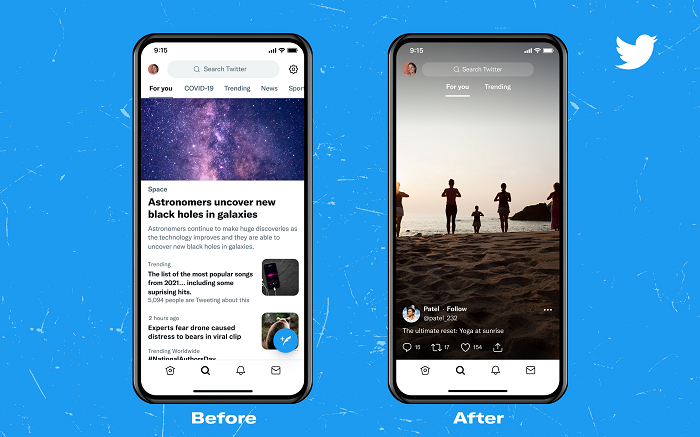 Its updated video presentation format is another effort to align with the TikTok-led shift. And while I wouldn’t predict this to be a big factor in boosting video consumption in the app, it is definitely worth noting that Twitter’s specifically looking to amplify video content, which could make it a bigger consideration in your content approach.

Though the biggest factor working against Twitter in this respect is likely its algorithms, with its recommendations generally being pretty untargeted, leading to a sub-optimal user experience. TikTok’s algorithm is highly attuned to user response, and seemingly iterates in real-time, which is how it keeps feeding you more of what you’re interested in, and less of what you aren’t, every time you open the app.

Twitter’s Explore page, at least in my experience, is mostly a random spattering of trending content, combined with recommended topics that are not curated, leading to unengaging, uninteresting recommended tweets.

If Twitter can’t get this element right, then I can’t imagine its immersive video feed is going to keep people scrolling – but then again, maybe, by simply highlighting the video clips that are seeing the most engagement overall, that’ll be enough to help showcase more interesting video content from across the app.

My guess, though, is that this feed will end up flooded with BTS video clips, no matter what topic/s you’ve shown an interest in.

Maybe I’m wrong, and again, it is worth noting Twitter’s rising interest in video, and investment in new video presentation formats.

Twitter’s immersive media viewer will be available in the coming days to people using Twitter in English on iOS, while the new video carousel in Explore will be made available to people in select countries on both iOS and Android.