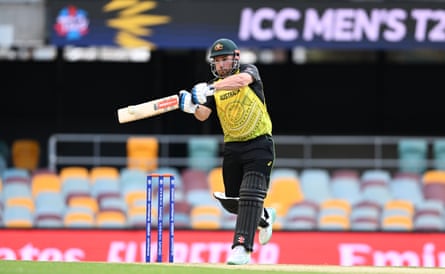 For decade upon decade, Australian selectors have leant to the conventional. Three quicks and a spinner, your best bat is captain, wicketkeeper at seven in Test cricket or pushed up to throw the bat as an opener in the shorter forms. Occasionally circumstances or an unusual player might shift this around, but it tends to quickly revert to the mean.

Having George Bailey in charge has led to an occasional willingness to be different. His days as a player and captain showed that, and those days are recent enough that he personally knows the strengths of most current players. It was Bailey’s plan to have Scott Boland play in last year’s MCG Ashes Test, a masterstroke as Boland hoovered up wickets at an 1880s bowling average over the next three matches. There has been talk of picking batters for next year’s India tour based on strength against spin rather than incumbency, in a departure from failed orthodoxy. It has indeed been an unusual combination of circumstance and player that led to fast bowler Pat Cummins taking charge of the Test and one-day teams, but that would not likely have happened with a traditionalist chairing the selection meetings.

Still, for the T20 World Cup about to start, Bailey doesn’t have to do much other than press copy and paste from last year’s corresponding tournament. He can do so in the confidence that home conditions should, in theory, suit them and their style of play far better than the surfaces of the Arabian Gulf, where Australia’s quick bowlers went against orthodoxy and odds to take the tournament.

Cummins, Mitchell Starc and Josh Hazlewood took 25 of the 41 wickets to fall to Australia on UAE pitches that ranged from slow to flat. This year their group stage will form a tour of the major capitals: Sydney, Perth, Melbourne, Brisbane, Adelaide. Australian surfaces for 20-over cricket will not be fast bowling paradises, especially given the amount of recent rain in most of those cities and the early season timing, but there should still be more assistance with bounce and pace than in other parts of the world.

Adam Zampa is a lock as the primary spinner, after his 13 wickets at an average of 12 in last year’s tournament. The leg-spinner will have left-arm orthodox Ashton Agar as his understudy, but they are unlikely to play together. The four overs of the fifth bowler will be pieced together from all-rounders up the order.

The batting will begin as it has for years: David Warner and Aaron Finch. Warner is Australia’s original T20 champion and still has a claim to being the best. This is the player whose Test career starting in 2011 was made possible by his national T20 career starting in 2009, before he had even played first-class cricket for New South Wales. He was in the first edition of the Indian Premier League and has kept showing up since. He may be going to turn 36 in a week, but his lobbying to have his captaincy ban lifted suggests that he wants to lead this side and keep going. He scored the second-most runs in last year’s T20 World Cup at a strike rate of just under 150. This year he’s averaging nearly 50 and striking at 156.

Finch has more of a tendency to be patchy, but also a track record of coming good in big tournaments. A couple of fifties in his last half dozen starts will have partly calmed any nerves. Mitchell Marsh will bat at three, where he dominated last year’s final and literally became the poster boy for this year’s tournament with his jumbo-jet celebration.

Then comes Bailey’s only major decision: whether to leave out Steve Smith, a diminishing force in 20-over cricket but still one with the cleverness and skill to solve tricky situations. All-rounders Glenn Maxwell and Marcus Stoinis offer more power at positions four and five, with Tim David likely to bat at six in the difficult finisher’s position that he has made his own in domestic leagues around the world. Matthew Wade at seven will be his ideal foil. In the 12 months since the last World Cup began, Wade has been not out 10 times out of 15, averaging nearly 70 at a strike rate of 153.

It is a quality XI that can challenge any team in the competition. A late shake-up could come with reserve bat and keeper Josh Inglis being ruled out with injury, following of all things a freak golfing accident. That could let all-rounder Cameron Green into the squad, who impressed with his powerful hitting at the top of the order on Australia’s recent tour to India, and who offers another bowling option besides Marsh, Maxwell and Stoinis. It’s unlikely that he could push any of the aforementioned 11 players out of the first match, but he could if someone has a poor run of games.

Of course, the real question is how many matches will happen at all. This is a La Niña year, after all, and rain has been deluging much of the country. Australia and New Zealand in Sydney this Saturday is a good chance to fall victim, as is the sold-out India versus Pakistan game in Melbourne the following day. Meanwhile, three kilometres across Melbourne’s CBD, a perfectly good stadium with a roof on it will be sitting dry and empty, amplifying the meditative sound of drops drumming on the overhead tin. It seems that Australian chair of selectors is not the only position in cricket that could use a creative decision-maker.