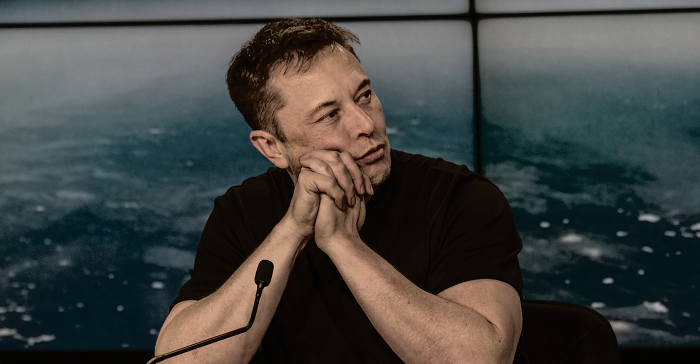 Seriously, not a week goes by without a little more drama sprinkled into the Twitter/Elon Musk takeover conflict.

With the court trial now set for October 17th, we’re currently in the ‘discovery’ phase, which is the period in which both legal teams provide their items of evidence for reference in the hearing.

And lucky for us, in this instance, it’s all public, which has this week given us access to a raft of new text message exchanges between some of the key players, including Musk himself, former Twitter CEO Jack Dorsey, Twitter board members, politicians, prominent businessmen, Gayle King (?) and more.

And what have we found out?

Which is a very polite summary – here’s a look at some of the key notes detailed in the 40 pages of Musk’s messages that have been submitted to the hearing.

First off, the whole Twitter/Musk saga was apparently sparked by former CEO Jack Dorsey, who had initially sought to get Musk onto the board of the company, before Musk eventually launched his takeover bid.

“I believe [Twitter] must be an open source protocol, funded by a foundation, or sorts, that doesn’t own the protocol, only advances it. A bit like what Signal has done.”

Messaging platform Signal is essentially a non-profit organization, which relies on grants and donations to maintain and grow the platform, as opposed to ad dollars. Which Dorsey is a keen supporter of – his face even appears on the front page of the app’s website.

Dorsey sees Twitter as a similarly ‘critical’ service, and Signal’s back-end process has seemingly provided him with a vision of clarity as to how Twitter could be better – though it is also important to note that Dorsey has made hundreds of millions of dollars by selling Twitter stock.

It’s fairly convenient, in this sense, that Dorsey has had a change of heart on taking in ad dollars, and capitalism more broadly. But this, seemingly, was the seed that got Musk more intrigued.

“It can’t have an advertising model. Otherwise you have surface area that governments and advertisers will try to influence and control. If it has a centralized entity behind it, it will be attacked. This isn’t complicated work, it just has to be done right.”

Throughout the process, Musk has riffed further on this idea, outlining his own plan to reconstruct Twitter on a blockchain-based system, which users would then pay to access.

“My Plan B is a blockchain-based version of twitter, where the ‘tweets’ are embedded in the transaction of comments. So you’d have to pay maybe 0.1 Doge per comment or repost of that comment.”

Musk’s idea is that by implementing a payment per tweet model, at a relatively tiny cost, that would largely eliminate spammers and fake profile peddlers, as it would then become cost-prohibitive to run such programs. The program would also, theoretically enable Musk to further promote Dogecoin, his favorite cryptocurrency (though the reference may just be illustrative in the above example).

This was the base plan, from which Musk’s interest grew. Based on conversations with Jack, Musk would look to help take Twitter private, and re-build it as an open-source, user-controlled social media network, which would then mean that users would dictate their own rules around free speech and other concerns in the app.

In order to take things to the next stage, Dorsey then tried to get Musk onto the Twitter board. Which did not go well.

In a DM sent on March 26th – three weeks before Musk launched his takeover bid – Dorsey informed Musk that the Twitter board had voted not to give Musk a seat at the table, because, in Dorsey’s words, ‘they are just super risk averse and saw adding you as more risk’.

Given the conflict that’s come since, it seems like the Board may have been right in its decision, though Dorsey also suggests that this specific Board ruling was the final straw for him, which led to him stepping away from the company entirely, marking the end of his involvement in the process.

So what comes next?

Musk, of course, buys up more Twitter stock, and basks in the glory of becoming the company’s number one shareholder, which then forces to Twitter to invite him onto the Board anyway. That then leads to Musk meeting with Twitter execs, where he outlined his plans for a way forward for the app.

Those meetings also don’t go well, which finally leads to Musk launching a hostile takeover offer, in order to fulfill his vision for a new Twitter approach.

As outlined in this DM from Musk, after meeting with Twitter CEO Parag Agrawal:

“Fixing Twitter with Parag won’t work. Drastic action is needed. This is hard to do as a public company, as purging fake users will make the numbers look terrible, so restructuring should be done as a private company.”

This message, in itself, seems to betray Musk’s logic behind pulling the pin on his Twitter takeover offer – right here, in a message sent on April 9th, five days before Musk tendered his $44 billion takeover offer for the company, Musk acknowledges that Twitter bot/spam count is likely significant, which will be a perceptual problem if they take action as a publicly listed company.

Musk has since sought to abandon the deal based on the fact that Twitter, in Musk’s view, had both misled him about the number of fake profiles in the app and has withheld information to hamper any further review. But even before Musk launched his takeover bid, he clearly knew that this was a potential problem, which likely weakens his argument that the deal cannot proceed based on this element.

Once Musk had launched his Twitter takeover offer, a range of high-profile business-folk slid into his DMs to offer their advice.

Axel Springer CEO Mathias Dopfner sent Musk a long text message about how Musk should make Twitter ‘the global backbone of free speech’ by essentially removing all rules and restrictions on what people can post in the app.

Investor Jason Calacanis suggested that Musk should look to recruit YouTube star Mr Beast to post original content to the app, in a bid to win over the youth, while Oprah’s best friend Gayle King also got in touch to praise Musk for his ‘gangsta move’ in seeking to acquire the app.

Again, these are billionaires, living in ridiculous mansions. Not sure how in touch with ‘gangsta’ moves they truly are.

“You are the hero Gotham needs – hell F’ing yes!”

There are also texts from Oracle CEO Larry Ellison, Microsoft chief Satya Nadella and LinkedIn co-founder Reid Hoffman, who all seem to be trying to get in on the deal, though limited detail is presented in these interactions.

There are some pretty cringe-worthy exchanges, as all the important people try to ensure that they stay in touch with the other important folk, in order to keep being important to one another. And Musk himself is at the center of attention – which, really, feels like the main point of the game to many of the folk involved, or trying to get involved in the deal.

In the end, however, Musk eventually decides that he doesn’t actually want Twitter after all, which is what’s now led to this all becoming public, ahead of the court hearing.

The exchanges provide some interesting insight into the internal machinations of the tech industry movers and shakers, which ultimately also shows that these people are entirely human, and their ideas are not radically different from anything you or I could come up with.

They just have the money, or know the right people – and it’s interesting to see how the latter element plays out in the various exchanges presented here.

Overall, it’s mostly just ‘of interest’ as opposed to adding any real insight into the state of the deal. The real developments will come in a few weeks, when Musk vs. Twitter gets underway in the Delaware Court of Chancery, and we finally find out if indeed Musk will be forced to go ahead and takeover the app.