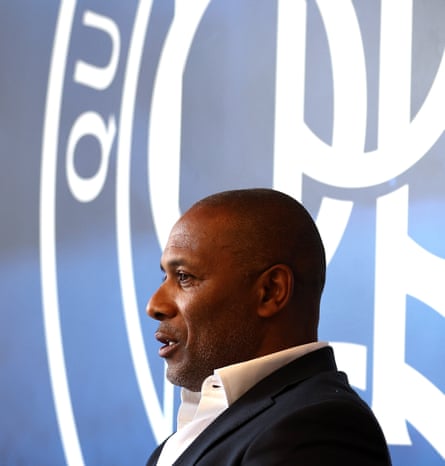 According to the business guru Jim Collins, the journey from being a good organisation to becoming a great organisation is built on the willingness of leaders to confront the brutal facts. Productive change cannot happen without that foundation. How does football’s equality journey measure against that yardstick? Does football fully confront the brutal reality of inequality in the game? Do we honestly confront our uncomfortable truths or do we soothe ourselves with the balm of comfortable half-truths?

Recent data suggests that stubborn historical challenges remain. The Black Football Partnership revealed last week that only 4.4% of managers in England are black compared with 43% of Premier League and 34% of EFL players. PFA data shows that only 0.45% of professional footballers are South Asian (with about 0.9% in academies) despite 7-10% of the wider population of the UK being South Asian. These are just the most egregious statistical anomalies.

In the wake of the horrific killing of George Floyd in 2020, organisations raced to demonstrate their commitment to equality. Corralled by the FA, English football set up the Football Leadership Diversity Code (FLDC) with more than 50 clubs and organisations committing to achieve representation targets on race and gender for new recruits to senior leadership and coaching. It was a promise by football to address structural inequality. Two years on, how are they doing?

Judging by this year’s FLDC report, encouragingly the football authorities (the FA, the Premier League and the EFL) are leading by example, hitting seven out of eight targets. They deserve credit for keeping their side of the bargain. More worryingly, the clubs hit two out of eight targets. More must be done.

For many people from under-represented or minority communities, much of the last 50 years has been a depressing cycle of promises, raised hopes and disappointment. Football is at a crucial point and needs to make the right choices so the FLDC does not become the latest entry in a 50-year catalogue of missed opportunities, turning initial positive intent into resentment and distrust. If the collective energy and impetus generated by George Floyd’s death have run out already, what will drive sustained change?

The reflex may be to close ranks. But clubs need to confront the brutal facts. That requires courage and radical transparency.

Much of the problem is systemic. Les Ferdinand, QPR’s director of football, revealed last week that he was sceptical of the FLDC because it was voluntary. I believe transparency is disinfectant. My experience in other industries is that exposing the reality of the data to public scrutiny drives change. The requirement to publish data on gender pay gap reporting or ethnic board representation has driven some change in corporate Britain. In discussions around setting the FLDC targets, I suggested that the game needed to provide full transparency of entire workforces (rather than snapshots of new recruits, which would give only a partial and potentially misleading picture).

Les and I faced the same underlying barriers. Because football is unregulated, no organisation in it has the legal power to mandate transparency reporting or set representation targets. All authorities in football are membership organisations so rule changes require the consent of the members (notably, the clubs). A common fear shared by clubs is the production of league tables showing those who are good and bad at diversity. The fear of being in the bottom half of any such table prevents a majority of clubs from agreeing to sufficiently challenging public transparency. It encourages the soothing balm of half-truth.

Fragmented and opaque data is endemic in football. It applies equally to discrimination reporting, recruitment shortlisting, talent development initiatives and root-cause analysis of fan behaviour (eg the use of cocaine at matches). For a game so proficient at generating data insight on the pitch, the absence of it in areas off the pitch is stark.

Football clubs are heritage community assets so should be accountable to those communities they purport to represent. The football authorities are administrators, not regulators. As part of the fan-led review into English football, we wrote to the Department for Digital, Culture, Media and Sport in September reinforcing our submissions that any independent regulator operating a club licensing system should have the power to oversee club governance. That would give any regulator powers equivalent to regulators in other industries. It could then create mandatory requirements around equality and inclusion. We urge the government to keep its promise to publish its white paper on the fan-led review swiftly and give the regulator the right powers.

Regulation takes time. In the meantime, how can we know how far we have progressed on the journey to equity unless we know our starting point and the steps being taken to navigate that journey? Much of this data is already collected under the Premier League equality, diversity and inclusion standard and under FLDC – it is just not published. But collection without publication is like a secret promise to yourself that you will join the gym in the new year and finally lose that extra weight you have been carrying since last Christmas. It is far less likely to be kept than a promise made out loud to other people.

Football is uniquely powerful and can be a catalyst for social change. The FLDC cannot be allowed to become another wasted opportunity to create a game where everyone feels they belong.