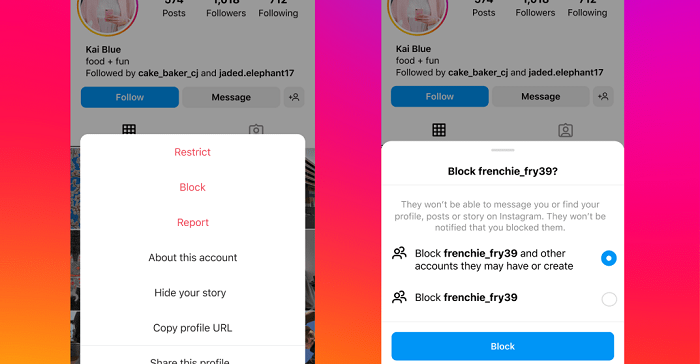 First off, on advanced blocking – last year, Instagram rolled out an update to its blocking tools which enabled users to not only block a single account, but also any subsequent accounts created by that user. 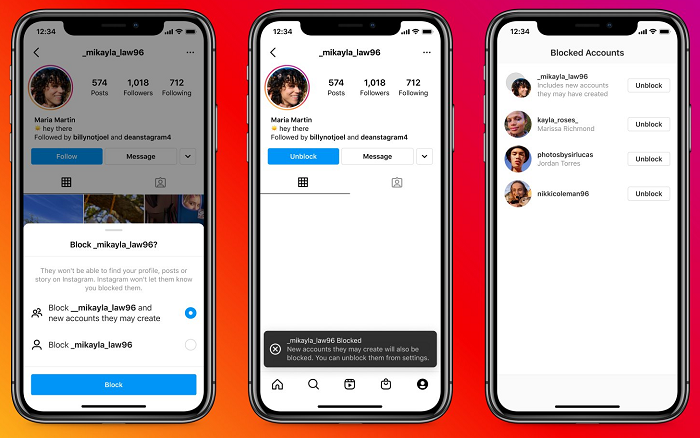 This is a common issue with social platforms – with people able to easily create another account, blocking is rendered less effective, but by using a person’s IP and other identifiers, platforms can detect subsequent accounts created by a person in order to stop them harassing you from another handle.

But what about accounts that they’ve already created?

Now Instagram’s going to cover that too.

“Now when you block someone, you’ll also have the option to block other accounts they may have or create, making it more difficult for them to interact with you on Instagram.” 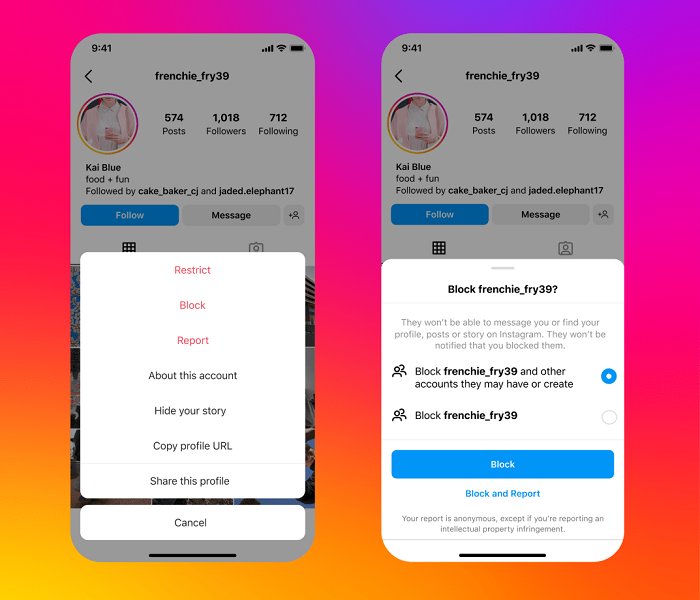 The update essentially closes the loop here, providing more control to help block potential harassment, which could be a big improvement in process.

Instagram’s also expanding its ‘Hidden Words’ feature, which blocks certain terms of your choosing (or it can be activated automatically) within DMs and comments. Any comments/DMs including these block words are then moved to filtered folders instead. 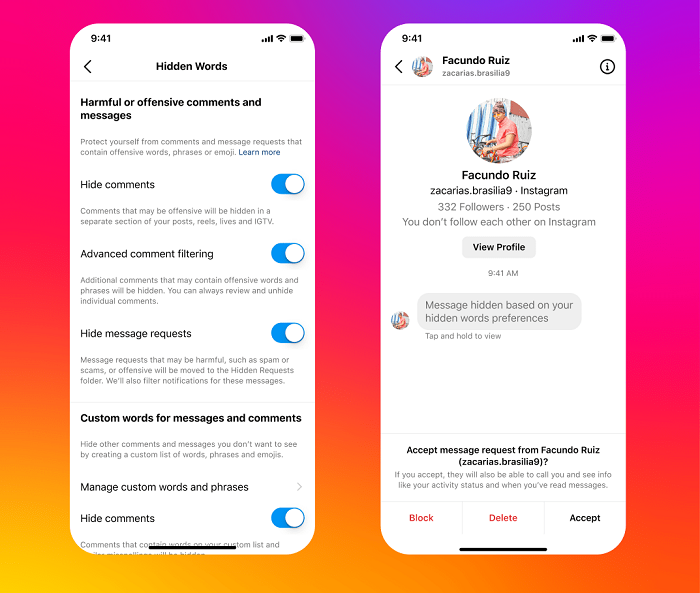 Users will be able to switch Hidden Words off at any time, and/or curate their own cull list to control which DMs/comments are hidden. But the idea is that this will help to limit exposure to potentially offensive responses, which could help to improve the overall in-app experience.

Instagram’s also improving its detection of potentially offensive remarks that are disguised by deliberate misspellings – like using a ‘1’ instead of an ‘i’ for example.

Instagram’s also adding more nudges to alert people before they submit potentially offensive remarks, with additional prompts that will show up before people reply to a comment chain that’s already somewhat toxic. 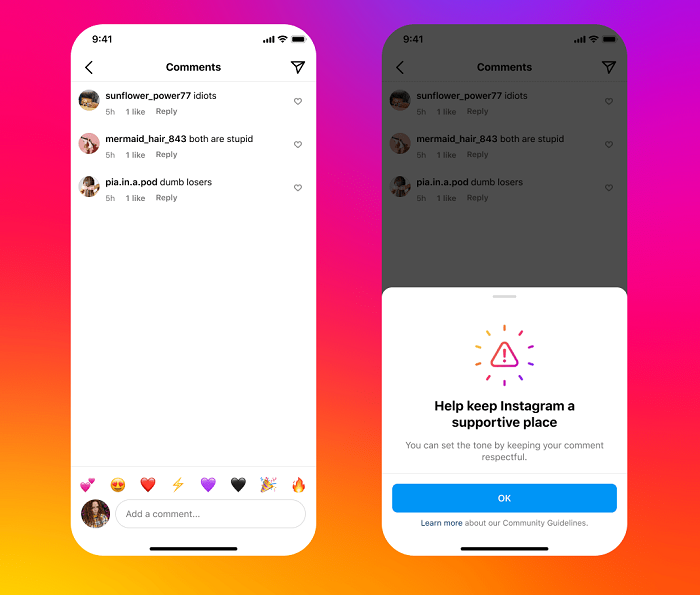 So as you can see in this chain, the previous responses are overly negative, and in cases like this, Instagram will now alert users before they contribute to such. 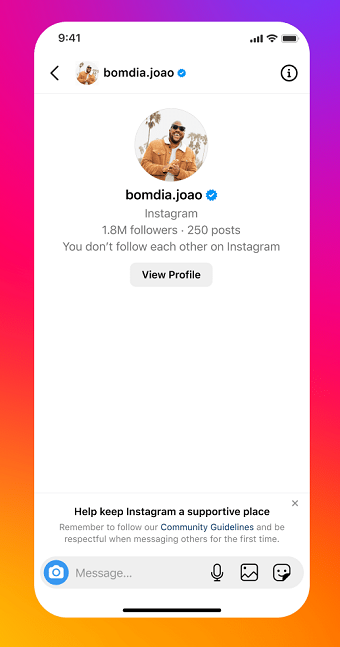 Small elements of friction like this can play a significant role in reducing offensive interactions, with Twitter reporting earlier this year that in 30% of cases where its similar nudges were shown, users did in fact change or delete their replies, in order to avoid possible misinterpretation or offense.

It’s a minor moment of pushback, but in many cases, that could be all that’s needed to get people to re-analyze their remarks, which, cumulatively, could have a big impact.

With this in mind, anything that can be done should at the least be considered, and again, it’s good to see Instagram’s continued efforts to implement improved safety and security features.