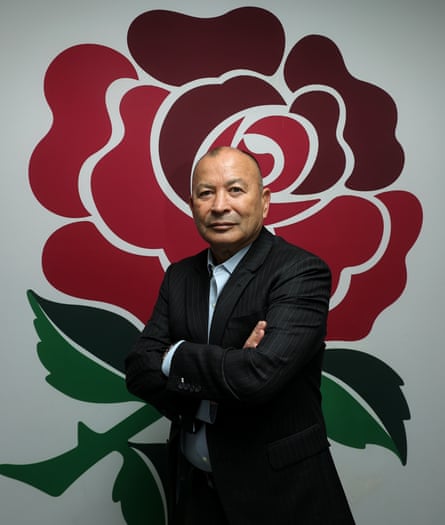 Viewed through the narrow prism of current events, one name leaps off England’s squad list for the autumn series. A penny for poor Jack Willis’s thoughts as he seeks to balance playing at the highest level with being made redundant at Wasps. Suddenly, he is also that rarest of unicorns: an English international primarily employed by his national union, not his club.

Forget about central contracts being a future possibility because in effect they are already here. If the Rugby Football Union really wanted to be bold it would jump in and offer Willis – and possibly one or two of his Wasps clubmates – a retainer until next year’s World Cup. Followed by other players once the eight-year professional game agreement expires in 2024.

Let’s pause for a moment and contemplate the potential ripple effect.

Having dawdled and missed its chance when the game turned professional in the 1990s, the RFU would be back in control. The national head coach, as in Ireland, would have a far greater say regarding his players’ workload. The whole complexion of squad announcements would also change. There would still be scope for rising newcomers such as, in this instance, the excellent Harlequins wing Cadan Murley, but the majority of players would be on annual or multi-year deals with the union.

Progress? If you are a cash-strapped club forced to pay top dollar for internationals who are seldom available, it is a double-edged sword. Your wage bill goes down but you also lose your prime marketing asset for even bigger chunks of the season. A more sustainable but less star-studded Premiership? It could yet unfold that way.

When it was put to Eddie Jones that the job of England head coach might just be about to become simpler, there was absolutely no air-punching. There was a very simple reason for that: if anyone is going to benefit from a changing contractual landscape it will be his successors.

“It’s got nothing to do with me, mate,” he said, aware of the comments on the subject by his chief executive, Bill Sweeney, on Sunday. “In the next 12 months, as Bill suggested, there may be changes and I look forward to seeing them from afar.”

The talented Willis, though, could theoretically be a guinea pig, assuming another club do not snap him up before the RFU gets its wallet out.

When fit, there is no question the flanker ranks as one of England’s top 30-odd players; as a specialist in breakdown impacts it would also make sense for him, as will now be the case, to be as fresh as possible for major tournaments.

“He’s not training with his club, obviously, so we’ve got some of our staff working with him to make sure he’s in the best physical condition,” Jones said.

Sure, but what about the mental stress? Like every other Wasps employee – and seriously good people such as their enlightened director of rugby, Lee Blackett, deserve particular sympathy – Willis would not be human if he did not feel completely gutted right now. Jones, though, has made clear that, from the management’s perspective, moping is not an option.

“Jack’s got to get on with it. Everyone feels for Wasps – I feel for their players, their staff and their fans – but good players make the most of it. He’s got a history of resilience and he’s a good, tough kid. There’s an opportunity for him to be in his absolutely best physical condition.”

The wider implications for English rugby of the Premiership’s continuing meltdown, even so, cannot, be totally overlooked. First Worcester, now Wasps. A bumpy domestic backdrop and a wage freeze might also tempt more players to move abroad, putting pressure on the RFU’s policy that only Premiership-based players are eligible for England. If Maro Itoje, say, can earn twice as much at Racing 92 as at home, the RFU might have to start looking at post-World Cup overseas “sabbaticals”, like the one New Zealand have just granted Ardie Savea.

In the shorter-term, though, Jones is putting on a brave face. The majority of competitions, in his experience, endure growing pains at some stage. “These cycles happen all the time in sport, so I wouldn’t get too depressed or upset about it.”

Maybe, but for Wasps’ England hopefuls such as Joe Launchbury, Paolo Odogwu, Gabriel Oghre or (the currently injured) Alfie Barbeary, that will be no real consolation.

Surely, too, the off-field upheaval will not enhance his squad’s collective mood, with many of their best mates suddenly unemployed? “I’m not sure how much that reverberates through the players’ heads,” Jones said. “All the best players are pretty single-minded. I’m sure at times they have conversations over double espressos but, generally speaking, I think their focus will be on what they can do.”

Henry Slade, Joe Marchant and Elliot Daly – to name but three omitted centres – will certainly be feeling seriously focused. England still have Owen Farrell and Manu Tuilagi, backed up by Guy Porter and young Will Joseph, but Tuilagi and Slade feels like a potent combination when they are fully fit and firing.

The head coach did have some consoling words for Slade after his summer shoulder operation – “He’s a good player, Henry, and there’s no doubt he’ll be back in the squad … we just want to see him have some consistent form for his club” – but, ultimately, Jones sees squad sessions as a more reliable proving ground than club games. “You can never use the club game as a barometer of what the Test game’s going to be like. That’s fool’s gold, because it’s different.”

Which, from an RFU perspective, brings us right back to where we started. Central contracts, anyone?