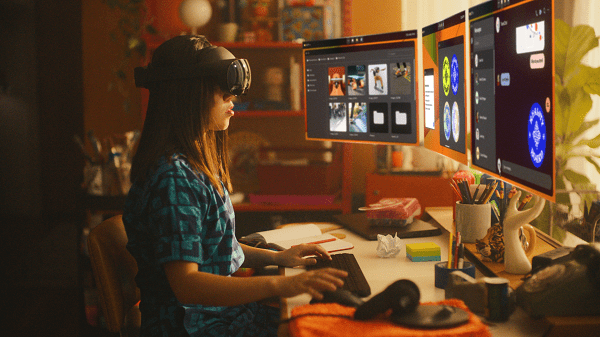 Yes, soon, your VR avatar will actually have legs, so you won’t look like the genie from Aladdin floating around Meta’s VR spaces.

Here’s a look at the key updates from the event:

First off, Meta’s releasing a new, upgraded version of its standalone Quest VR headset, with the Quest Pro, the next evolution in VR interaction.

“Meta Quest Pro is the first entry in our new high-end line of devices, and it’s packed with innovative features like high-res sensors for robust mixed reality experiences, crisp LCD displays for sharp visuals, a completely new and sleeker design, plus eye tracking and Natural Facial Expressions to help your avatar reflect you more naturally in VR.”

The Quest Pro, which as originally titled ‘Project Cambria’, is also able to display 37% more pixels per inch, which will make the VR experience more immersive, and more realistic – which could be a good and bad thing (some of them VR rollercoasters genuinely make me feel sick).

The advanced device will also facilitate a range of new professional features, including multi-screen display, workrooms for collaboration in VR, ‘Magic Rooms’, which will combine VR and video participants, and more.

Even more than this, Meta also announced a new partnership with Microsoft that will see the two tech giants working together on a range of professional integrations, including Microsoft Teams immersive meeting experiences, and the integration of Microsoft’s top apps, including Word, Excel, etc.

It all seems potentially valuable, and another step towards the future of VR interaction.

Meta’s Quest Pro is now available for pre-sale at a whopping $US1,499. For comparison, the current best-selling standalone VR headset, Meta’s Quest 2, sells for $US399.

Meta’s been dealing with various challenges in getting the components and processes in place for its VR supply chain, which already forced it to increase the price of the Quest unit by $US100 back in August. But even with that in mind, an almost 4x increase in price is a huge leap, which will likely leave the Pro version as a theoretical concept for most regular consumers.

But then again, as the name suggests, the real focus here is on professional use, and integrating VR in all new ways. Meta also notes that it’s working with Accenture, Autodesk and Adobe, among others, in helping them build VR into their processes, and guide their staff, and clients, into the next phase of professional collaboration.

Meta also announced that it’s developing Horizon Worlds on the web ‘so you can eventually pick up your phone or laptop and visit friends who are hanging out in VR, and vice versa’. 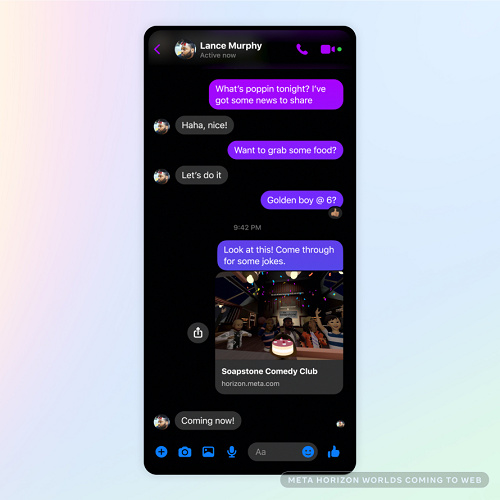 Meta’s been looking for more ways to integrate additional access points and interaction options for VR, which would essentially enable you to use your VR avatars in various online spaces, not just in the VR realm. That’s part of the broader view of the fully integrated metaverse, that people on various devices, and in various apps, will be able to tap into the metaverse experience, even without a VR headset.

And again, avatars with legs: 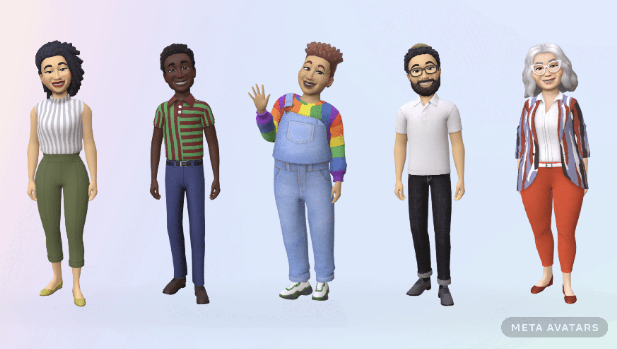 Meta says that its new full-body VR avatars will roll out to Horizon Worlds shortly, while users will also soon be able to use these new avatars in video chat, on Messenger and WhatsApp too.

Meta also previews its latest advances in electromyography, which will eventually enable more control over AR and VR experiences by detecting actions in your wrist, Project Aria, its AR glasses project, which it’s now developing to assist people with visual impairments, and new process to build 3D objects in VR spaces.

And after Zuckerberg got lambasted for his now infamous metaverse photo back in August, he also shared the latest developments in its photorealistic Codec Avatars, which are far from being an accessible option for regular users, but do show where we could be headed, in terms of digital representation.

Meta introduces a new version of Mark Zuckerberg, who is a lot more expressive, capable of non-verbal cues like raising an eyebrow and squinting pic.twitter.com/La7KTd2ibc

Meta’s been working on these for some time, but a key impediment to widespread adoption and usage is that it requires a lot of specialized scanning equipment, and computer power, to build these more realistic depictions.

Eventually, Meta could look to install VR scanning units in accessible places to facilitate such (potentially even Meta stores if it expands its retail operations), and you could soon have some pretty amazing options for display and engagement within the virtual space.

Instead, Meta’s looking to merge its VR tools into professional applications instead, in the hopes that this will broader VR adoption, through advanced system usage at work to begin with.

That makes some sense. Business users are more likely to pay more for these advanced experiences, and if more people are using VR at work, that could expedite the broader shift towards metaverse interaction in your social life too.

But it’ll be interesting to see the market reactions to Zuck’s latest VR showcase, and whether it’ll be enough to shake off the negative perceptions of the metaverse, which seem to be gaining more momentum every day.