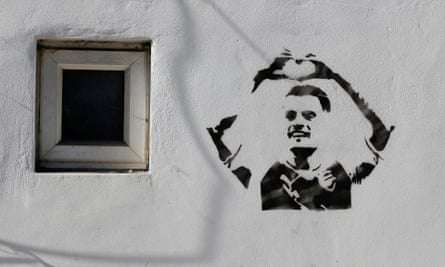 A couple of months ago, Granit Xhaka was warming up at the Vitality Stadium before Arsenal’s game against Bournemouth when he noticed that the travelling fans were serenading Oleksandr Zinchenko, one of the club’s summer signings. (“Zin-chen-ko! Always believe in your soul!”). Xhaka sidled up to his new colleague. “Alex,” he joked. “I’ve been here for six years and I don’t have a song. You’ve been here for three weeks.”

And somehow you just know how Xhaka would have said it, too: with that unique Xhaka-esque blend of blitheness and hurt, insecurity and defiance, the throwaway comment that actually comes from the most tender of places. Every player knows their songs. Every player knows when they don’t have one. And while some players don’t care, Xhaka has never been very good at disguising how much he cares about things.

Take his extraordinary outburst after the 2-0 defeat at St James’ Park at the end of last season: a scathing rebuke to his teammates delivered not in the intimacy of the dressing room or on an access-all-areas documentary, but on live television, straight down the camera. “If someone isn’t ready for this game, stay at home,” he spat in disgust. “If you’re nervous, stay on the bench, don’t come here. We need people to have the balls to come here and play.”

For much of his Arsenal career, Xhaka’s no-filter approach won him as many adversaries as admirers. The passion was never the problem; rather it was the lack of self-control, the red cards, the simple errors, that time he told the fans to “fuck off” after getting substituted against Crystal Palace. As Arsenal floundered on the pitch, Xhaka somehow came to embody everything that was holding them back: all mouth and no assists, a thermostat set permanently to “heatwave”.

And so like tempestuous lovers, for years Xhaka and the fans was a relationship that appeared doomed to failure. The mutual attraction was there, but also an intense and often deeply personal mutual irritation. So how did we get here, with Xhaka closing in on 200 Premier League appearances, enjoying the most prolific goalscoring season of his career and finally – finally – getting his own song? “It was an absolutely amazing, amazing feeling,” Xhaka said of the moment he heard the new tune (“we’ve got… Granit Xhaka!”, sung to the tune of “Glad All Over”) for the first time.

It has become fashionable to speak of Xhaka’s renaissance as a “redemption arc”, as if there were a certain narrative inevitability to it. In fact it is the sort of trajectory that rarely ever occurs in modern football, where the tempers are short, the judgments are snap and the labour market more fluid than ever.

Once you fall out with the fans, that’s generally it for you. Perhaps there is a comparison with Joelinton at Newcastle or Moussa Sissoko at Tottenham. But these were more straightforward, transactional examples of a useless player no longer being useless.

By contrast, Xhaka-hatred seemed to come from a different place entirely and in retrospect feels weirdly, uncomfortably disproportionate. Why, when Xhaka was hardly the only underperforming player at Arsenal, when he embodied so many of the qualities that Arsenal were lacking in those decadent late-Wenger years – leadership, aggression, personality, the ability to stay fit in an injury crisis – did he become such a lightning rod for scorn, criticism, even death threats?

Perhaps on one level it was because Xhaka and Arsenal fans had more in common than they would care to admit. Above all they shared an anger and loathing for the club’s plight, combined with a conviction that they alone could fix it. And so while Arsenal fans screamed into the void, Xhaka engaged in the sporting equivalent: flying into tackles, snarling and whinging, trying to be everywhere at once. In a way they held a cracked mirror up to each other, a self-fuelling cycle of pointless, indiscriminate aggression that ultimately achieved very little.

Xhaka and Arsenal fans shared an anger and loathing for the club’s plight, combined with a conviction that they alone could fix it

Because, as it turned out, neither Xhaka nor the fans could fix Arsenal on their own. When Mikel Arteta arrived in late 2019, Xhaka’s suitcases were already packed. He had been stripped of the captaincy, Hertha Berlin were interested and he was ready to go. But Arteta had a plan for him. A more strictly defined role in a more structured system. A system where everyone knew their jobs and the standards were non-negotiable.

Not that things went entirely smoothly. There were needless red cards against Liverpool and Manchester City last season, against Burnley the season before that. Again Xhaka almost left the club in the summer of 2021 and had he done so he would not have been overly mourned. It is only in recent months that Xhaka has begun to change opinions, a development connected less to Xhaka’s own form – which has actually been pretty good for a couple of years now – than to Arsenal’s as a team.

And as with Xhaka-hate, Xhaka-love comes from a subtly different place to the more simple devotion afforded to, say, Bukayo Saka or William Saliba. Whereas Xhaka once reminded Arsenal of the bad times, now he reminds them how far they’ve come since the bad times. In a way, he’s a living symbol of the club’s journey, one of the last remaining links between Arsenal’s banter era and its baller era.

Perhaps the closest parallel is with one of his opponents on Sunday. For years, and for many of the same reasons as Xhaka, Liverpool fans struggled to warm to Jordan Henderson, who on some level seemed to reflect the wider flaws of the club back at them. He arrived with a hefty price tag. He was frequently described as brittle, or ordinary, or inconsistent. It took several managerial cycles for him to define his role. And like Xhaka, he eventually thrived not as an enforcer or one-man midfield whirlwind, but as a simple link in a complex and functional system, an indispensable voice in the dressing room.

The easiest word to say in football is goodbye. Sell, sack, unfollow, block: this is an entire industry geared towards conflict and fissure, disposal and renewal. Ironically, there probably isn’t a great deal more mileage in the Xhaka story. He has just turned 30 and within a couple of seasons you can see him slowly making way for a younger model: Fábio Vieira, or perhaps a new signing. But for now he represents the power of second chances: of the idea that what is broken can always be fixed.