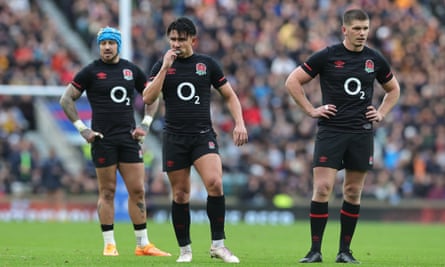 For all of England’s faults against Argentina on Sunday, perhaps it is the sense they are doing the same things over again and expecting different results which most maddens. Dim penalties conceded, little penetration in attack, a sluggishness that left Twickenham in a soggy stupor – all are criticisms aimed at Eddie Jones’s side before but England look no closer to fixing them with next year’s World Cup looming into view.

Indeed, beginning campaigns slowly has become a worrying trend. On top of the Argentina defeat, they lost their opening summer Test against Australia and to Scotland in round one of the Six Nations. Go back to the start of the 2021 championship and there was a limp defeat by Scotland at Twickenham; the year before that a loss in Paris. Victories have come against Tonga, the USA and Italy.

Jones blames the fact that he is selecting from so many clubs. The argument goes that habits, patterns and the playbook all have to be learned again whenever players come into camp and “cohesion”, something that Jones is always craving, does not materialise immediately. He has sought to address the issue, off the field at least, with numerous team-bonding exercises – Jones often refers to the Japanese practice of Misogi – and he is adamant rustiness would not be a problem, and will not be at the World Cup, with greater preparation time.

He has a point because, having convened his first proper training squad 11 weeks before their first 2019 World Cup match, it was not a problem in Japan. Though the Premiership final has been brought forward to 27 May next year, Jones has marginally less time to prepare for next year’s competition. If and when Premiership Rugby redraws its fixture list it is theoretically possible for the final to come even further forward, thereby allowing Jones an extra couple of weeks but with European schedules to also contend with, it is understood that is unlikely. Asked to pinpoint the problem, Jones said: “Preparation time, but I don’t control that so I don’t worry about it. “[For the World Cup we will] get more time.” And that will do the trick? “100% . We’re trying to try to play a different way and that takes some learning.”

Maro Itoje offered a similar explanation why England tend to be slow out of the blocks. “We have 11 clubs now, everyone playing a different style, everyone has a different thought process,” he said. “We haven’t perhaps been so good at flicking the switch to England mode and that’s something we need to get better at.”

Well reasoned but the argument has its flaws and there is no better example of what can be achieved with little time than that of the Barbarians’ thumping win over England in June. Moreover, there were times against Argentina when the players looked a little too well-drilled, unable to react to events and recognise the need to inject tempo, another of England’s perennial failings.

In addition, England get more preparation time than many other nations and it was not so long ago they had mastered the art of grinding out wins in matches like Sunday’s. Those performances rarely captured the imagination and Jones insists part of the current problem is that England are trying to play a different way, and keep things up the sleeve for the World Cup – but striking that balance is what he gets paid handsomely for.

Whereas selection was once considered Jones’s strongest suit it has increasingly become a stick to beat him with but other than starting Ben Youngs over Jack van Poortvliet – a decision that looks glaringly misguided in hindsight – there was not a great deal to argue with over his side to face Argentina. His more significant missteps have been with players who have been given a brief run, only to find themselves out in the cold – the Saracens flanker Ben Earl being a prime example. That chopping and changing certainly does not help achieve the cohesion Jones speaks of.

He is also not helped by the fact that whereas there was a strong Saracens core in his early years he has since sought to dismantle it, to strip it of power, and there is now no hegemonic club in his ranks. Commendably democratic perhaps but as Jones has pointed out before, World Cups tend to be won by countries for whom a club provides the backbone. Indeed, France, who beat Australia on Saturday, who have won every opening Six Nations match under Fabien Galthié and who have reaped the rewards of introducing a wider squad selection model similar to England’s, crucially have a core of Toulouse players in the side.

Maybe, England’s problem lies in the opposition they are facing because the matches they have lost when beginning campaigns have been against high-quality opponents they are still expected to beat. That expectation tends to weigh heavy on Jones’s players who, by the same token, are liberated when it is taken away – as seen in the 2019 Six Nations opener against Ireland in Dublin. Jones believes his side responds well when backs are against the wall and the second Test victory against the Wallabies in Brisbane backs that up but pressure and expectation are different animals. Against Japan they will face both – the necessity to improve on Sunday’s performance married with the expectation they will prevail. Jones wants time to solve England’s bad habits but the next challenge is just around the corner. 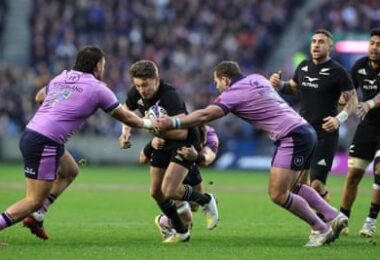 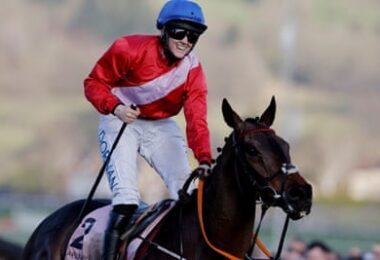