So here we are then. Premier League season on pause while the lower leagues keep chugging away. Knackered and injured players off to a country where it’s illegal to be gay, where women who are victims of sexual assault can be put in prison and where thousands of migrant workers have died since Qatar was awarded the tournament 12 years ago. Welcome to the World Cup.

Of course, we all know these things by now. In fact the impact of hearing about them again and again seems to numb you from the brutal facts. It’s easier to just talk of migrant workers as a homogenous block rather than remembering that each life is a father, a son, a brother – most, but not all, of these are impoverished young men from Asia and Africa.

We have by now also worked out what our relationship is going to be with this World Cup. From a full boycott at one extreme to free flights and tickets in return for some positive tweets and keeping an eye on those around you. Fan by day, Stasi by night.

This tournament is football’s equivalent of a dirty burger – you know it’s come from the power-washed off cuts of a cow following a life on death row bunched up with thousands of others before being slaughtered. But you just have to eat it.

It’s instinctive to get excited by the World Cup – smiling at that picture of James Maddison with England face paint as kid, losing yourself in Dafydd Iwan’s Yma o Hyd, or watching the Uruguay squad announcement film and just thinking how much you love football. There’s a beautiful moment where the Australia midfielder Cam Devlin chokes up when he gets the call from his manager, Graham Arnold.

The Guardian Football Weekly podcast has recorded a number of special programmes that we’ll release alongside previews of the tournament this week, specifically on the lives of the LGBTQ+ community, the rights of women and the treatment of migrant workers. The reality for these people has been written about extensively: gay dating apps populated by people masquerading as love interests to arrest or beat up genuine users. Meanwhile women rely on a male guardian for virtually all of their rights. And some of the migrant workforce – female domestic workers can experience a hidden life of abuse and violence, while men live in terrible conditions in insufferable heat – have paid the ultimate price. What’s most striking is how difficult it is to speak to anyone on the record, such is the fear of reprisals.

Unicef ambassador and LGBTQ+ ally David Beckham is being paid a reported £150m over the next 10 years to be an ambassador for Qatar. He has such power and influence that criticism has been thin on the ground from the football world. His support for this tournament legitimises it in the eyes of so many. It’s such a grave disappointment, such hypocrisy – a legacy completely tarnished. How much money does he actually need?

Tim Cahill, Cafu, Samuel Eto’o, Ronald de Boer and Xavi are all ambassadors, too. All with their name alongside a quote on the website. “It’s easy to believe in the legacy projects when you see for yourself all the good they’re doing,” notes the Barcelona manager. Who to listen to? Xavi or Human Rights Watch? It is almost impossible to find unambiguous support for the tournament from anyone who isn’t in some way paid by Fifa or the Qatari state.

Jürgen Klopp was, in part, right that it isn’t a footballer’s responsibility to be a human rights activist, but footballers are humans too. They live in the world. They have the power to do more than just say: “I’m a football person, I can only talk about football.” See the Socceroos’ powerful video and Jackson Irvine’s call for LGBTQ+ rights to see how it can be done.

And we are all hypocrites – I don’t know the working conditions of whoever made the hard disc on this laptop. I didn’t check whether my coffee was fair trade this morning. We can all do better. And there are of course human rights abuses in all countries. But the logical extent argument is that you can’t criticise anything without criticising everything.

So can we watch with a clear conscience? Can we feel the agony of England’s defeat in pure footballing terms? Why did Gareth wait until the 115th minute to bring on James Maddison?

And what can we realistically do? How much, if any, lasting change will this World Cup create in Qatar is impossible to know. And we will move on quickly. Oh look, it’s the fourth round of the Carabao Cup.

But we can at least go into this competition with our eyes open. And focus on Fifa. The #PayUpFifa campaign is worth fighting for, despite Qatar’s labour minister calling it a publicity stunt. The secretary general of Amnesty, Agnés Callamard, has called on Gianni Infantino to break his silence on the creation of a workers’ compensation fund of $440m (£370m) – equal to the player prize-money pool. Neither Qatar or Fifa wants to accept responsibility. You fear they wouldn’t budge even under a huge wave of pressure. But why not at least try to force their hand?

Fifa has insisted it “remains in positive continuing dialogue” with labour organisations and the Qatari authorities over “initiatives that will benefit migrant workers in Qatar long after the final game of the World Cup”. It has also said there had been a “great response” to Infantino’s letter calling for teams to “focus on the football”, with various teams backing it. But that does not answer the question that remains for the rest of us: What should we all do?

I’ve been a member of Juan Mata’s Common Goal for a few years, committed to donating 1% of my annual earnings to charity. For this World Cup I’ll give the same again to the families Fifa won’t compensate. It’s not a huge gesture – perhaps I’m just trying to make myself feel better. Some will say that’s not enough, that you can’t just offset human rights, moreover people’s lives, and they might be right. But it’s something. 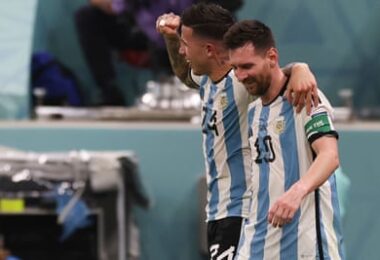 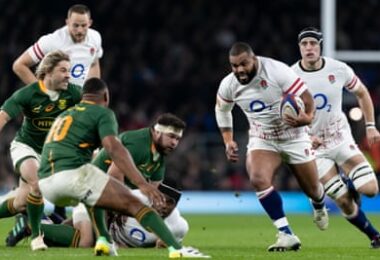 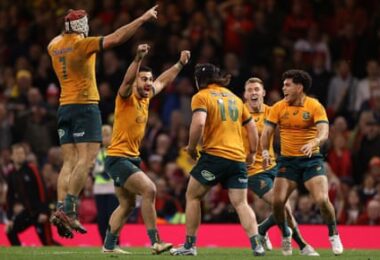