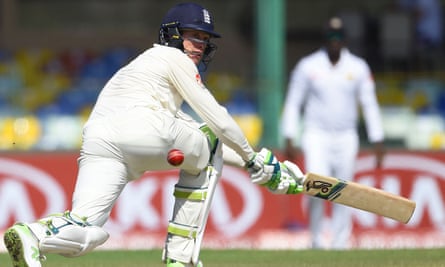 Travis Basevi wasn’t the kind of man who sought the limelight. He was happy to just do his thing. And that thing was groundbreaking.

Basevi, who died last month at the tragically young age of 47, leaving behind his wife, Jane, and son, Victor, was a genuine one-off, a man who transformed the way people looked at cricket and, by extension, the game itself.

With his great friend Vishal Misra, he created the scorecards database for what would become the world’s No 1 cricket website, ESPN Cricinfo, in the mid-1990s, as well as writing the website’s content management system in 2005. But his unrivalled glory was Statsguru, Cricinfo’s interactive data search engine, a good friend to many readers (and writers) of The Spin. Statsguru is a free pick-and-mix counter where fans, journalists, players and selectors can happily refill their bags with curated cricket statistics as often as they like, as many as they like – a handful of left-handed Australian openers in the 1970s here, a fistful of Imran Khan’s most common dismissals when captain there.

“There are people who are great techies and those who understand the game, but Travis was unique in that he combined both and on top of that he was a visionary,” says Sambit Bal, the editor-in-chief of ESPN Cricinfo. “You couldn’t just be a tech genius to do what he did, he had to have that vision of how far cricket stats would go. Today, Statsguru might seem a fairly standard piece of coding, but to do that in 1998, when it was really the early age of the internet, was a leap of imagination.”

Those early internet days were heady with idealism. People volunteered their time, programming for fun, and early Cricinfo was the same – people with a passion for cricket coming together with the aim of connecting fans all over the world, and letting them know what was happening in games on the other side of the oceans. What was started by graduate students in American universities wasn’t driven by money or a desire to move up the greasy pole, but instead a spirit of service, a passion. Basevi himself was at high school in Australia when he started volunteering, though astonishingly at that point he did not know how to code. Self-taught, he then flew.

Statsguru was not a project that Basevi was asked to do; he just came up with the concept, coded it and then suddenly it existed, just in time for West Indies’ tour of England in 2000. In another era he’d have had to squeeze it through the mill of a million project managers and make a coherent business case; at the turn of the millennium there were no such hurdles.

Basevi had created something that enabled cricket to be seen through a completely new lens – a legacy we can see today in human form, with the data managers and analysts who sit with the Indian Premier League teams.

“I think more than anything else, Statsguru is something that shaped how people think about cricket,” says Bal. “Twenty20 is completely driven by data, but a tool like Statsguru had already created that pathway and that ecosystem. It’s been an essential tool for every cricket writer and it has, even if subconsciously, influenced a lot of contemporary cricket writing and commentary and, by extension, how fans see the game.”

Cricinfo (and Statsguru), which unlike so many other fledging websites survived the dotcom boom and bust, then went on to shape other sporting sites such as scrum.com and Tennis Abstract.

The Guardian’s Tim de Lisle was editor of Wisden Cricket Monthly, taking over in the paper-and-cowgum era of 1996, dragging it into the modern world and overseeing the launch of Wisden’s website in 2001. He too sees Basevi’s Statsguru as transformative.

“It changed the way cricket was understood,” he says. “I’m not sure that, say, England would have recalled Keaton Jennings for this winter’s tour of Pakistan without Statsguru. It enabled people to use stats in a completely new way, to be more flexible and intelligent with them. A generation ago all we had were averages and the players carried them around on their backs for their whole careers. Now you can click on “career summary” and see instantly that Jennings, while not much good on English pitches, is a star on the subcontinent. So a selection that would once have been seen as a crazy hunch is now accepted as making sense. That might never have happened without Travis’s meticulous intelligence.”

From the HQ of cricket’s longest running textbook, Wisden Cricketers’ Almanack, there is also huge admiration for Statsguru. “Statsguru has made factchecking a doddle,” explains Lawrence Booth, in the process of editing the book’s 160th edition. “This is mainly a very good thing for the Almanack, for obvious reasons, although you also have to be careful not to disappear down statistical rabbit holes. We try to use stats to illuminate the cricket, not to smother it. But when Statsguru is used well it can be invaluable. Travis really was a genius.”

If you find the time to navigate to Statsguru today, there is a simple line at the top of the page: “Travis Basevi, who imagined and created Statsguru, has passed away. His memory will endure on these pages.” And as you ask Statsguru a question, raise a glass to the man who, with his passion for cricket, created something that both educates and delights. As Bal says: “He was always thinking ahead, somebody who understood cricket so imaginatively and intuitively but who was also a tech genius – it’s unique. People that bright usually go and make lots of money but he used it as a medium to serve cricket.”