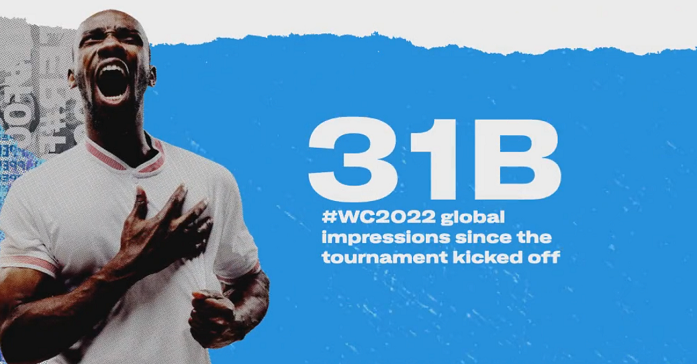 The FIFA World Cup is already dominating online discussion, and it’s got a few weeks of competition left yet, which will likely see the tournament become an even bigger focus for football (soccer) fans around the world heading into the Christmas break.

Which also provides brand tie-in opportunities and linkage into the surrounding World Cup discussion. Some brands, of course, will get this wrong and force their way in, but there are clever ways to connect your promotions into the broader hype, which could help to boost your marketing.

And Twitter is evidently where a lot of World Cup engagement is happening. Despite concerns that the additional usage load could crash Twitter’s servers, tweets are still flowing, and according to Twitter’s data, it’s seeing huge engagement around the event.

Check out these latest stats from Twitter on World Cup engagement, which could get you thinking about how you could link into the surrounding chatter.