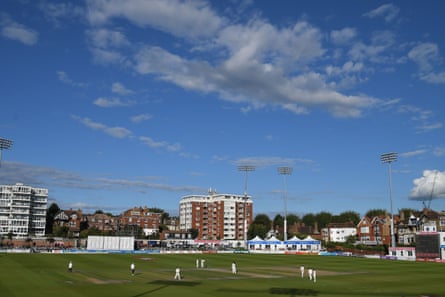 At a time when cricketers bounce from one Twenty20 league to the next without much fuss – often halfway through, like cowboy builders yet to finish off the skirting boards – it’s almost reassuring that the idea of a player dropping into the County Championship for “three or four” matches can get plenty of backs up.

The player in question is no cowboy, it must be said, rather one Steven Peter Devereux Smith. Yep, Australia’s best-since-Bradman, the master of a thousand idiosyncrasies, has been in talks with Sussex over a short-term deal before the World Test Championship final in June and the hugely anticipated Ashes defence that follows.

News of this proposed county stint in May – still to be confirmed and with other clubs interested – was met last week by something of a backlash in the usually calm and reasoned waters of social media. The replies to the Guardian’s report featured words such as “treachery”, “madness” and “disgrace” – we think these were aimed at Sussex – with the emojis a heady mix of facepalms and poops.

In fairness, along with one comment that took Smith’s choice of club as a sign of his allegiance in the great royal schism, there were also plenty of county supporters thrilled by this. The 33-year-old has never played in the world’s oldest domestic competition, with the prospect of him facing a nibbling Dukes ball at Hove as seagulls and slip fielders squawk away hugely enticing for many.

Whether English cricket is self-sabotaging here is not a new debate and reaching the stage where it can be filed alongside the other modern pre-Ashes traditions, such as the phoney war of words or Glenn McGrath’s “5-0 Australia” prediction. That said, it occurs only before series in England, with the six-team Sheffield Shield something of a closed shop (Mason Crane’s solitary outing for New South Wales six years ago was an outlier).

It’s here where plenty of the disquiet originates; the sense that despite Australia not tasting a Test series win in England since 2001, this one-way street of talent in first-class cricket is not fair dinkum. Even Trevor Bayliss, as Australian as a Four’n Twenty pie, wondered if it was time to pull up the county drawbridge while he was England head coach.

This reflex is understandable. Take Marnus Labuschagne, who after starting the 2019 summer at Glamorgan entered the Ashes fray mid-Test as a concussion substitute for Smith at Lord’s. Maybe his subsequent rise to No 1 in the Test rankings tells us his contribution in that series – 353 runs at an average of 50 – would have happened regardless. But five centuries in 10 outings for Glamorgan can only have helped.

There are no guarantees, however. When Phillip Hughes joined Middlesex in 2009 it prompted much opprobrium, the club’s director of cricket, Angus Fraser, penning 900 words in the Independent in defence of the signing after Andrew Strauss, the England captain, called it shortsighted. Three centuries in three outings for the club followed, but come the Ashes it counted for little, with Hughes dropped after two low-key Tests.

Equally, Labuschagne may not have enjoyed his first away Ashes so much had it been held in 2021, his first four outings for Glamorgan that year – equal to the length of time Smith is eyeing up – returning scores of 11, 12, 10, 0, 11 and 0 not out. Jimmy Anderson had his number in Cardiff, while two dismissals at the hands of Darren Stevens no doubt earned some ribbing in the rumoured WhatsApp group for overseas Australian players in county cricket entitled “Stevo’s gonna get you”.

There is also a case to say that while Ben Stokes and Brendon McCullum have recently offered pointers on their methods to the counties, there will still be a vast difference between facing Division Two attacks and this rebooted, buccaneering England team. It could easily prove a largely uninformative spell in terms of the challenge that follows.

While Jofra Archer is due to be at the Indian Premier League, Smith will be afforded a closer look at a teammate-cum-rival in Ollie Robinson. This inside track cuts both ways, though. For Tom Haines and Ali Orr – two young batters with bright futures – the chance to observe his training routines could be gold dust.

It’s not like Smith’s record in England without tune-up time isn’t pretty sparkling either, with six centuries and an average of 59.55. His remarkable return in 2019 – 774 runs at 110 from four Tests – also came after the year-long ban for the sandpaper affair. Who knows, perhaps the fact he wants a hit this time also tells us something. Some observers in Australia still wonder whether, despite a landslide of runs during their recent summer, he remains restless about his technique.

Given some recent cryptic utterances about retirement, this could also be the first and only chance to see Smith in county whites and for teammates and opponents to benefit. On some level, given the unseemly vitriol he faced from English crowds after returning from that ban, maybe he is owed this one.

Either way, that Smith wants to play in the County Championship – however self-interested the motivation – tells us something about its enduring value. While the IPL is rumbling away, his brief presence in the shires may also generate a nice drum roll before the main event starts at Edgbaston on 16 June.