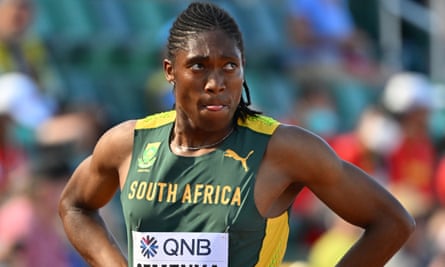 No female athlete has yet commented. Can you blame them given the vicious amount of social media abuse this issue generates? During a star-spangled athletics career, Sebastian Coe rarely snatched defeat from the jaws of victory. The most famous exception came at the Olympic 800m final in Moscow where he made so many tactical missteps that his father and coach, Peter, used a coarse four-letter word to describe his run. However this weekend Coe became reacquainted with similar levels of opprobrium after World Athletics’ proposed solution to sport’s most divisive issue became public.

For months, the World Athletics president Coe has strongly hinted that trans women and athletes with differences of sexual development (DSD), who are 46 XY with male testes but were reported female at birth, should only compete in female sport if the science shows it is fair. “Biology trumps identity,” he said in the summer. “If we ever get pushed into a corner to that point where we’re making a judgment about fairness or inclusion, I will always fall down on the side of fairness.” Just in case there was any doubt, Coe also promised to “be guided by the science”, before adding: “Fairness is non-negotiable.”

Yet a curious feat of alchemy takes place when you read World Athletics’ proposed new DSD and transgender regulations, as scientific rigour gives way to a fudge worthy of a master confectioner. There is certainly science in the document and, as Coe often points out, no international federation has studied this issue more closely. In one section, World Athletics stresses that trans women and athletes with a DSD “retain an advantage in muscle mass, volume and strength over cis women after 12 months” of hormone treatment – and that “limited experimental data” suggests the advantages continue after that. In another it notes male puberty leads to anatomical differences that still “provide an athletic advantage” after transitioning.

But instead of going down the road taken by swimming, rugby union and rugby league, which have barred anyone who has gone through male puberty from elite female competition on fairness grounds, World Athletics has surprisingly taken another path. Its “preferred option” involves allowing athletes with a DSD and trans women to still compete in the female category, as long as they reduce their amount of blood testosterone from 5 nmol/L to below 2.5 nmol/L and stay below this permitted threshold for two years, not one as before. However World Athletics accepts this does not level the playing field, given “the preferred option would allow significant (although not full) reduction in anaerobic, aerobic and body composition changes.”

As with all international sports leaders, Coe finds himself in a difficult position. But to his critics he has made fairness negotiable after all. They also question whether the science is being absolutely followed given the lack of evidence that a 24-month reduction in testosterone removes the advantages of male puberty. Mara Yamauchi, the third fastest British marathon runner ever, succinctly described World Athletics’ proposals as: “Suck it up, female athletes.”

So far only one current British female athlete, the shot putter Amelia Strickler, has spoken out, saying: “I hope more of us band together to prevent this because it is going to be the end.” But can you blame others for staying quiet, given the vicious amount of social media abuse this issue generates?

Strickler’s view was backed by the two-time European indoor 800m medallist, Jamie Webb, who tweeted his proposed solution. “With this and other things, I’ve lost a lot of faith in the sport. Sad to see. Make the male category open. Male athletes won’t be affected whatsoever.”

However as much as it frustrates campaigners, there are a million reasons for World Athletics’ decision. It still retains the scars of its expensive and protracted legal battle with South African Caster Semenya. It won the case, with the court of arbitration for sport accepting that athletes with a DSD “enjoy a significant sporting advantage … over 46 XX athletes without such DSD” due to biology. But it was still left with a legal bill of over £1m.

Crucially, Cas put the onus on World Athletics to prove that what it was doing was fair, reasonable and proportionate. Those words still reverberate in every international federation every time DSD or transgender policies come up. No wonder Coe is being cautious.

There is another factor at play here. In its document World Athletics reveals that 10 athletes with a DSD are competing at elite level, while 17 new potential DSD cases have been under review since July. As things stand those athletes, who have gone through male puberty, can compete in the female category without taking medication in every event except those between 400m to a mile – something Coe has long maintained is deeply unfair.

That partly explains why World Athletics’ new proposals are more focused on the DSD issue, especially as there are currently no elite transgender athletes in track and field. However the rise to prominence the likes of Lia Thomas, who went from being an modest male college swimmer to an NCAA women’s champion after transitioning, along with the cyclist Emily Bridges and the weightlifter Laurel Hubbard, suggests it will inevitably that will change.

Meanwhile there are some in sport who believe that World Athletics’ decision reflects a broader trend among administrators to talk up women’s sport but not back it up with enough money or support. As one leading coach put it to me on Sunday: “I’m not sure female sport is seen as a viable business by these types, despite female sport participation and viewing figures increasing every month in all sports.”

World Athletics is better than most in this regard and they also point out that they are planning to consult with female athletes over the coming weeks. Nevertheless there is a lingering disappointment in some quarters that Coe’s bold pronouncements last summer have been filed down on the altar of realpolitik.